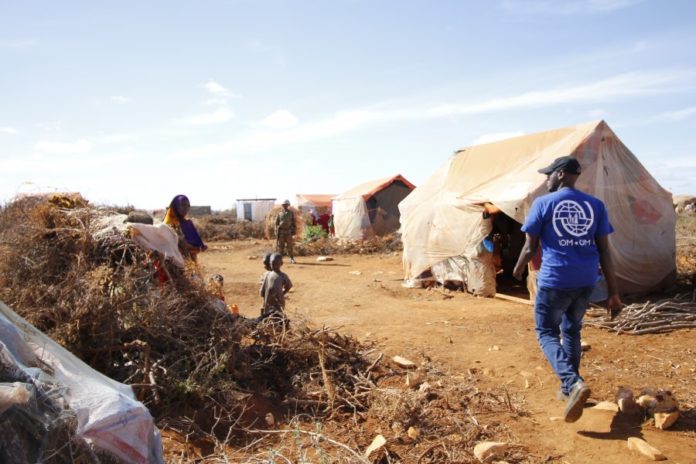 Migration is becoming a key contributor to population change in some countries, a report by the International Organisation for Migration (IOM) has shown. In Equatorial Guinea for instance, the proportion of international migrants as a percentage of the country’s population has risen sharply in recent years.

Nearly 17 percent of people now living in Equatorial Guinea are migrants, compared to less than one percent as recently as 2005.

The Gulf Cooperation Council (GCC) states also have witnessed significant population changes as a result of migration. With many people moving to the region for work, migrants make up the majority of the population in GCC countries with the exception of Oman and Saudi Arabia.

With the total number of refugees, the highest on the record, Turkey appears to be the biggest host country for the fifth consecutive year, taking in millions of refugees, particularly from Syria.

On its part, India has continued to be the main origin of international migrants, with 17.5 million Indian-born people living abroad. Mexico and China also have more than 10 million former residents spread around the world.

The primary destination for migrants is the United States. Though as a proportion of its population, the United Arab Emirates has the largest migrant contingent.

In the wake of the death of hundreds of people when two boats sank near the Italian island of Lampedusa in 2013, the United Nations migration agency started tracking the numbers of people dying on migratory routes globally.

In the five years since, more than 30,900 people have lost their lives trying to reach other countries. The Mediterranean Sea has remained the deadliest route, claiming the lives of around 18,000 people in that time.

And since 2014, over 1,800 deaths have been recorded along the border between the United States and Mexico.

In the mean time, there are 272 million international migrants around the world which represents 3.5 percent of the world’s population. Already, it surpasses some projections for 2050. Since 1970, the number of people living in a country other than where they were born has tripled.

The scale and speed of migration – defined by the International Organization for Migration  as the movement of persons away from their place of usual residence, either across an international border or within a state – is notoriously difficult to predict given it can go hand in hand with events such as severe instability, economic crisis or conflict.

While the overall figure has remained relatively stable as a proportion of the world population, the numbers from the World Migration Report 2020, published by IOM, clearly demonstrate the impact that events of the past two years have had on the movement of people around the world.

Conflict in some countries including Syria, Yemen, the Central African Republic, the Democratic Republic of the Congo, South Sudan, and the kind of extreme violence that forced Rohingya to seek safety in Bangladesh, have led to the displacement of millions of people.

Though refugees and the Internally Displaced Persons (IDPs) make up a relatively small portion of the total number of migrants, they are however, often most in need of help. With more than 132 million people globally requiring humanitarian assistance, humanitarian responses must become more efficient and effective at delivering aid to those who need it most.

Cash assistance has been recognised as a faster and more effective form of humanitarian aid compared to in-kind assistance such as food, clothing or education. Cash transfers give more control to their beneficiaries, allowing them to prioritize their own needs.

They also have a proven track record of fostering entrepreneurialism and boosting local economies.

When the UN Secretary-General issued a call for innovative ways to improve cash-based humanitarian assistance, the World Economic Forum responded by bringing together 18 organisations to create guidelines for public-private cooperation on humanitarian cash transfers.

The guidelines are outlined in the Principles on Public-Private Cooperation in Humanitarian Payments and show how the public and private sectors can work together to deliver digital cash payments quickly and securely to crisis-affected populations.

Since its publication in 2016, the report has served as a valuable resource for organizations, humanitarian agencies and government leaders seeking to increase the effectiveness of humanitarian aid and advance financial inclusion.

Without the doubt, while climate change and weather-related hazards have also driven many people away from their homes, particularly in Mozambique, the Philippines, China, India and the United States, the overwhelming reasons most migrants leave their home are related to work, family or study.