Following the successful Quarter Finals first leg tie of the UEFA Champions League matches played last week between clubs in Europe, football fans worldwide are set to be on the edge of their seats as the second leg of the tie rolls into town tonight.

Later this evening, FC Barcelona will host Manchester United FC at Camp Nou stadium in Spain. The Spanish giants head into this tie with a 1-0 slender lead courtesy of an own goal from Luke Shaw at Old Trafford a week ago. Having dispatched other teams from various divisions during the competition, Barcelona will look to extend their Champions League record by advancing to the semi-final stage of the competition.

Also, Juventus FC of Italy play host to AFC Ajax with the first leg tie score line at 1-1. With Juventus resting most of their first team players during the 2-1 defeat to SPAL in Serie A on Saturday, it is likely that this tie will be one to watch out for as talisman Cristiano Ronaldo will be unleashed against AFC Ajax.

Are we set to witness an upset in Turin, or will Juventus rise to occasion and book a spot in the semi-final stage of the competition? 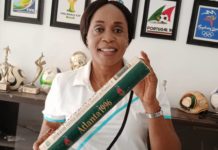 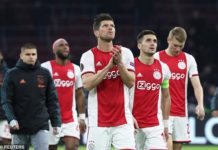