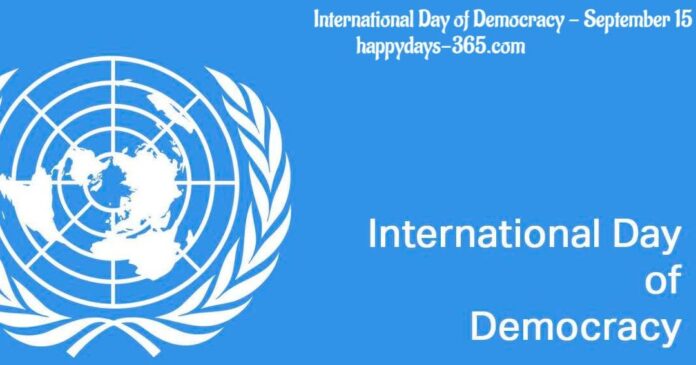 For democracy to thrive in Nigeria, the government and the governed must be alive to their responsibilities towards ensuring that voice is not only given to the people at the lowest ebb, but also that other attributes around equity and justice are upheld.

This was the view of Nigerians who spoke to TNC Correspondent as International Day of Democracy is marked globally today.

The celebration was established through a UN General Assembly Resolution in 2007, to encourage governments to strengthen and consolidate democracy, which is the government of the people, by the people and for the people.

Speaking on the celebration, the Anambra State President, Ohaneze Ndigbo, Chief Damian Okeke-Ogene who noted that the beauty of democracy is that it provides the platform for the expression and aggregation of independent views towards moving the society forward, regretted that same is not the case in Nigeria.

“Democracy is a full package. It comes with equity and justice as well as strict adherence to the principles of rule of law. But in Nigeria, what is obtainable can be likened to autocracy where a very few persons decide the fate of over 180 million Nigerians. That is not democracy and until we address these challenges, we cannot as a country, claim that we have a democracy,” he noted.

The Anambra Ohaneze leader also decried the stifling of opposition and the insidious institution of machinery that will further gag the media and other channels of expression by the Nigerian government, warning that where the country is headed with such disposition is a dictatorship.

For a Public Affairs and Policy Analyst, Barr Chuks Ezewuzie, if Nigeria must practice true democracy, the nation’s political class and the electorate must base election of public office holders on their individual leadership capacities and not on how much money they can throw around or their political affiliation.

“We all can attest to the fact that elections in Nigeria are not based on merit. When we say that democracy is the government of the people, for the people and by the people, it entails that the foundation which is the election of public office holders must be done in a way that the outcome must reflect the people’s popular opinion. In Nigeria, the people do not make the choice of who leads them. When they do, it is motivated by money and other inclinations and eventually, their choices will be derailed.

“Everything has been taken over by money in the politics of Nigeria. Here, you put a label on a goat and it eventually wins election just because it belongs to party A or party B. If we must practice true democracy, we must remove the influence of money in our political system. If we can examine the qualification, the character of the individual candidates without considering the money issue, the party or the godfather behind them, we will be correcting a lot of anomalies and positioning our country on the path of sustainable democracy,” he advocated.

Others who spoke to our correspondent including a Human Rights Activist, Obi-Ochije Muodilim and Prince Emeka Chukwudi, said the bulk of repositioning the nation lies in the hands of its leaders and to entrench democracy in the governance system of Nigeria, the leaders must first show genuine concern for the growth and development of the country by evolving policies that will have a direct positive bearing on the lives of the poor masses.