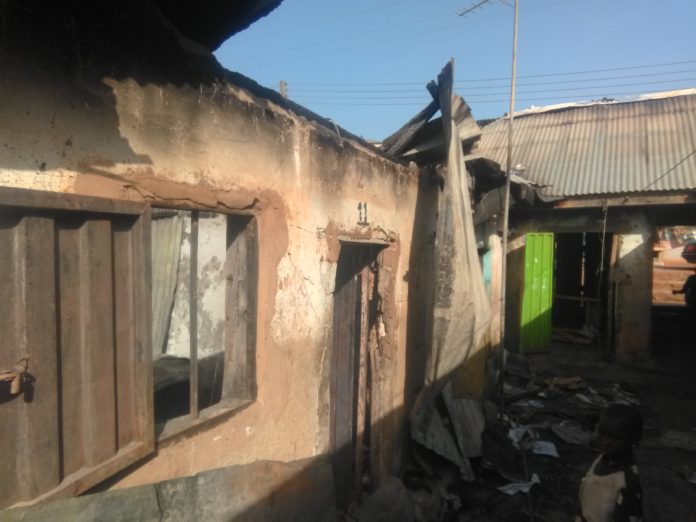 A total of fifteen rooms which include stores and residential apartments were on Saturday night destroyed by fire in Jenta Adamu ward of Jos North LGA.
According to a victim, Timlok Nimkur, although no life was lost, domestic items like refrigerators, mattresses, chairs, food items as well as a store with published books were all destroyed. Also, a newly married couple lost all they got from the unfortunate incident.
It was learned the fire started at about 7 pm when power was restored.
“We saw smoke at the time power was restored. We didn’t know where it was coming from. We tried to extinguish it but couldn’t so we called the fire service”.
However, the fire could have started from a spark as a result of the restoration of power and escalated due to the explosion from gas cylinders used by tenants, this reporter learned.
Victims of the inferno were seen counting their losses while sympathizers thronged the compound.
Nimkur then pleaded for well-spirited individuals to assist them with accommodation and what to eat in order to escape the biting Jos cold.
“If we can get what to eat and sleep because we are homeless now”, he pleaded.