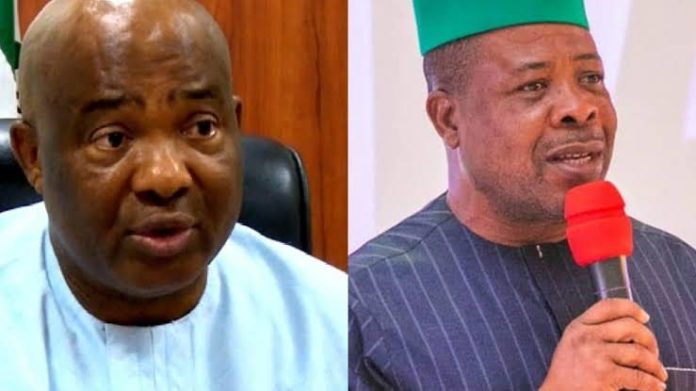 The Human Rights, Liberty Access and Peace Defenders’ Foundation (HURIDE), has asked the Imo people in particular and Nigerians, in general, to prepare for a massive protest against Supreme Court’s judgment on Saturday, January 18, 2020, in Owerri, Imo State.

The Supreme Court had earlier this week, declared the All Progressives Congress (APC)  candidate, Senator Hope Uzodinma, who came fourth, as the winner of the last governorship election in Imo State, ousting the incumbent Governor, Emeka Ihedioha who had won the elections as announced by the Independent National Electoral Commission (INEC) last year.

Ihedioha had also gone ahead to win at the election petitions tribunal and the Appeal Court before Tuesday’s Supreme Court Judgement.

In a press conference after a meeting in Owerri today, HURIDE regretted that the Judges have shown that they cannot be trusted by Nigerians as the last hope of the common man.

The Group which spoke through its Board of Trustees (BoT) Chairman, Dede Uzor A Uzor, the group queried how someone who came fourth in an election will be declared the winner of the said election.

“The judiciary has bastardized our democracy. Nigerians must rise up and defend democracy in the country. The protest is going to be a watershed in the history of Nigeria to mark the mourning of the attempt to kill democracy in the country through the instrumentality of the Supreme Court pronouncement on Imo State governorship election,” HURIDE said.

The group asked Nigerians to put on black cloth or band around their heads or arms during the protest, to register their resentment over the position of the Apex Court Judges.

It further warned men of God to steer clear from politics and face their apostolic callings instead of being agents of oligarchy because of pecuniary interests.