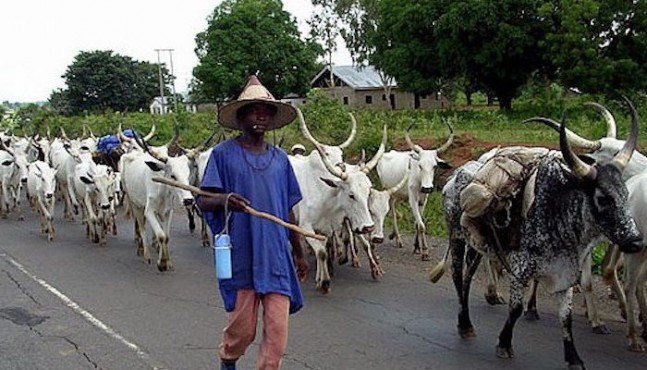 The alleged plan by the Government of Nigeria to reintroduce the controversial land-grabbing Ruga settlements for Fulani herdsmen is stoking fresh tensions in parts of the shaky country. Already, the Ohanaeze Ndigbo Youth Council has started sounding their war drum, warning the Coalition of Northern Youths in the process not to misconstrue their peaceful approach to issues of Nigeria as weakness.

The warning by the obviously aggrieved Igbo youths is coming as a report by The Punch has it that the Ooni of Ife, Oba Adeyeye Ogunwusi, and Nobel laureate, Prof. Wole Soyinka, are calling on Nigerians to defend the sanctity of their ancestral lands against usage for Ruga cattle settlements.

The call, according to the newspaper, was contained in a communiqué issued on Sunday to document highlights of last Thursday’s meeting between the monarch and Soyinka at the latter’s home in Idi-Aba, Abeokuta, Ogun State.

The meeting focused on the state of the nation.

Ogunwusi and Soyinka, in the communiqué said their call on Nigerians to defend themselves became necessary as the Coalition of Northern Groups gave a 30-day ultimatum to the Federal Government to implement the Ruga project for Fulani herders despite its suspension after a public outcry against it.

While the Igbo youths were busy condemning the 30-days ultimatum, the Southern and Middle Belt Leaders’ Forum (SMBLF) was alleging that there is a surreptitious plan by Abuja to repeal the Land Use Act and take over the control of lands from state governors.

This, the Forum said, was to enable the government to subsequently implement the suspended Ruga project.

According to them, the government suspended the Ruga settlement programme due to the Act which restricted its access to land, suspecting that the government might move to repeal the law in order to facilitate the implementation of the Ruga grazing scheme.

The SMBLF is therefore, cautioning southern legislators in the National Assembly to be vigilant and to guard against the introduction of any bill intended to repeal or amend the Land Use Act.

‘’It is being alleged that there will be moves to repeal the Land Use Act in the (Ruga) suspension period so the Federal Government can have authority over land which is currently under the states.

“We therefore call on all our members in the National Assembly to be vigilant about any surreptitious bill that may be introduced to tamper with control of land and thwart such without any waste of time. The 2014 National Conference debated this issue at length and resolved to retain the Land Use Act in the constitution.’’

They have warned the lawmakers against passing the ‘Bill to establish a Regulatory Framework for the Water Resources Sector in Nigeria,’ sponsored by the Executive, claiming that it is meant to give the government the sole authority and control over the country’s rivers and underground water.

‘’When this obnoxious Water Bill is taken alongside the Ruga programme and the speculated assault on Land Use Act, the internal colonialism agenda is complete. It is pertinent to ask why the government is not going ahead with Ruga in some northern states that have accepted the policy if the whole idea was not about land-grabbing in the South and Middle Belt states.’’

They are now seeing the government’s support for local government autonomy as being hinged on the Ruga scheme to allow aliens to take over allotted land under the programme, and accordingly promised not to relax their opposition to the project, stressing that only outright cancellation of the initiative was acceptable to them, adding, ‘’the whole policy has equally opened our eyes to the reason why the President has been harping on local government autonomy now and then.’’

The Christian Association of Nigeria (CAN) is also alleging an underground plot to bring back the project.

CAN Secretary, Dr. Joseph Ajujungwa, in a statement called on Christians to be vigilant not minding the suspension of the policy aimed at earmarking settlement for herdsmen, stressing that ‘’even as we pray, we don’t need to keep quiet; they are experts in underground work.’’

According to the Christian group, ‘’do you know what it means to give 10 hectares of land to herdsmen? We say no to that. As CAN, we will preach it from our pulpit, every Imam should peach from the mosque and the traditionalists should stand against it; nobody should relent; no land should be given; any traditional ruler that does that should be dethroned.

‘’In the North, we have largest hectares of land, very vast that nobody is occupying. Why are they not building the ranches, RUGA or whatever there? They can come here, take grass and go, and we buy cows in exchange, just like the governors said. We do not have such mass land required. We are also calling on the government to be mindful of what they are doing because cattle-rearing is a private farming business. Why should the government support individual cattle farmers against other farmers?”

On the ultimatum issued by a coalition of northern youths, the CAS scribe cautioned that nobody has the monopoly of violence: ‘’As they are planning to attack, others are planning to defend themselves and we cannot run away for them. CAN is calling on all Christians, all law-abiding citizens of southern Nigeria to please watch and pray. Watch means that you must open your eyes to see what is going on and, therefore, pray; do not relent.’’

On their part, the President General of the Igbo youths, Okechukwu Isiguzoro, said in Abakaliki, the Ebonyi State capital, that they were exploring all peaceful avenues of protecting the lives and properties of Igbo people in the North.

According to him, Igbo youths were by no means impressed by the purported suspension of the Ruga settlement project, which they earlier perceived as an expansionist agenda on behalf of the Fulani nomads.

‘’Rather than splitting hair over the Ruga policy, which was clearly rejected by southern Nigeria, especially South-East /South-South governors and people, Ohanaeze Ndigbo advised the Coalition to direct northern governors to embrace the National livestock  Transformation Programme option.

‘’We warn that youths of South-East and South-South are not ready to stomach the threat of genocidal ethnic cleansing against the Igbos in the North. We call on Ndigbo to be vigilant and defend themselves in the North and relocate immediately  their business headquarters to the East.’’

In the mean time, a seeming trouble-courting group, the Arewa Defenders Forum (ADF) is pushing the government to re-introduce Ruga, which according to them, is a critical measure to addressing the environmental insecurity in the North.

President of the group, Nuruddeen Alkasim, is claiming that the suspended programme was designed to bring an end to suspicious killings using the name of the Fulani and their northern identity for political convenience. 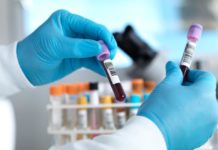 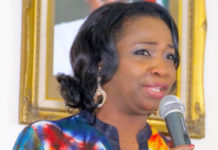