A 30-year old bricklayer, Chukwuemeka Nwankwo has revealed why he killed a Facebook friend of his who visited him at Nanka from Owerri, Imo State.

Nwankwo who was paraded at the Anambra State Police Command Headquarters in Awka was arrested on Monday alongside his friend, Chidiebere Omenyi aged 20, by operatives of the Command’s Special Anti-Robbery Squad (SARS) for luring a Facebook user simply identified as Willswags to Nanka in Orumba North Council Area of Anambra State.

The suspects were alleged to have robbed the victim, killed him and dumped his body inside a bush at Nanka.

Confessing to the crime, Nwankwo explained that he was the one that reported himself to security agents after he mistakenly killed the victim during a fight.

“I reported myself after I accidentally killed the victim. The boy in question happens to be my friend on Facebook but after a while, he started displaying some acts that I do not understand. He will come online and start calling me baby, my love. When I told him that I don’t like what he is doing, he did not stop but continued making advances at me. It got to a point where he invited me to Owerri to come and sleep with him but I told him that he should come to Nanka instead,” he said.

According to him, “the victim promised to give me #20,000 if I agree to sleep with him, to which I agreed and asked him to come. On that fateful day, I invited my friend so that he can break into the room while he is making advances at me. When he arrived, I told him to give me the money before we start but he said I will get the money after we have had sex. As we were talking, my guy broke into the room and the victim realized that his game was up and picked a fight with me. Later, we settled and went to wash his clothes so that he can go back to Owerri but while we were washing, he picked a bamboo wood and hit me on the head and when I retaliated, he collapsed on the floor and stopped breathing.”

He said immediately he found that the victim was dead he reported himself to the vigilante in the area after efforts to revive the victim.

“I have never killed anybody in my entire life. I feel terrible that I am involved in this mess. I just don’t know what to say,” he lamented.

The corpse of the victim has been deposited at the morgue and the suspects will be charged to court as soon as investigation is concluded, Police says.

Meanwhile, the Anambra State Police Command today at the Command headquarters in Awka, paraded about 63 suspects for various offences.

The suspects were arrested by various divisions of the Police command for offences ranging from murder, armed robbery, car snatching, cultism and arms dealing with impersonation.

A total of about 15 firearms, over 2,000 live cartridges, 11 machetes, 9 axes, cult regalia and improvised bunkers for inhaling substances, allegedly recovered from the suspects were also displayed during the exercise. 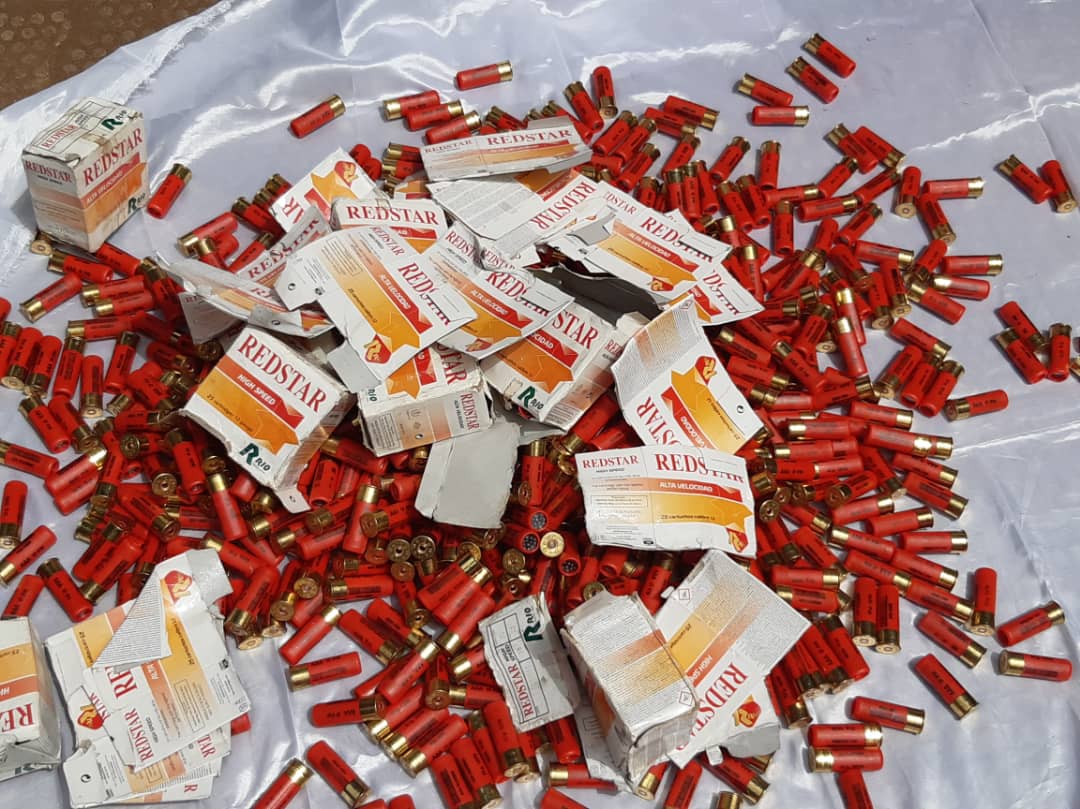 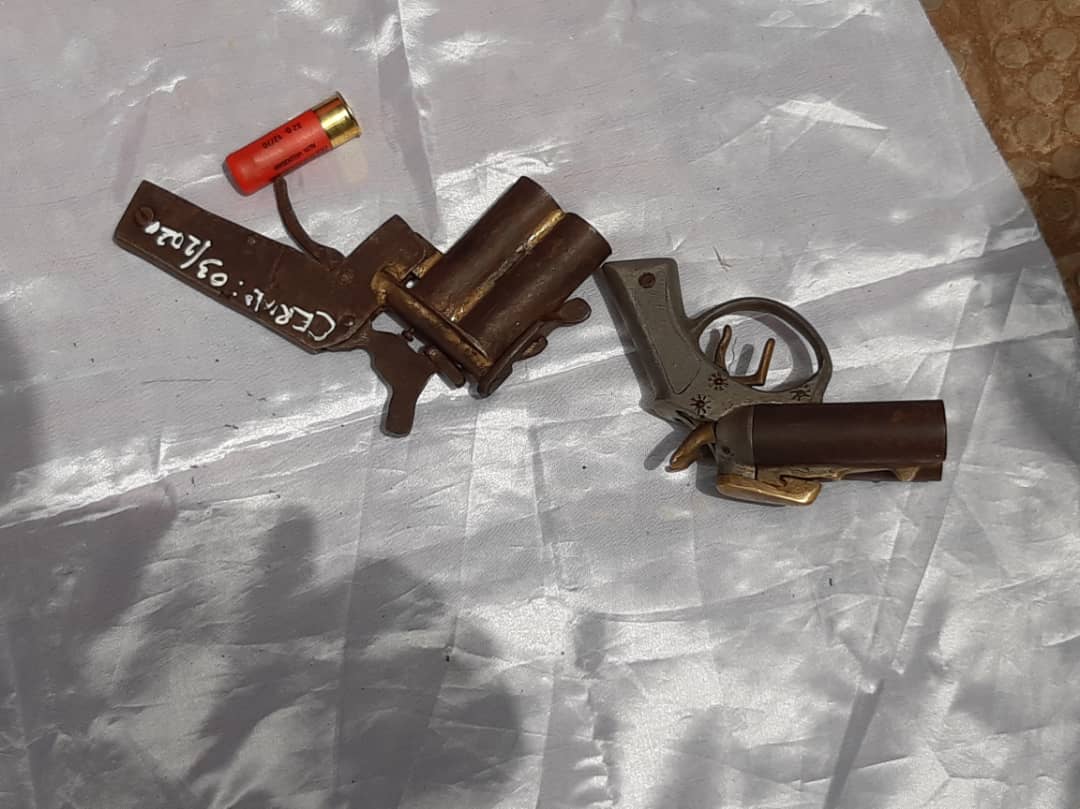 Parading the suspects, the State Commissioner of Police, John Abang revealed that a total of 122 suspects were arrested, out of which 25 persons were charged to court for prosecution. 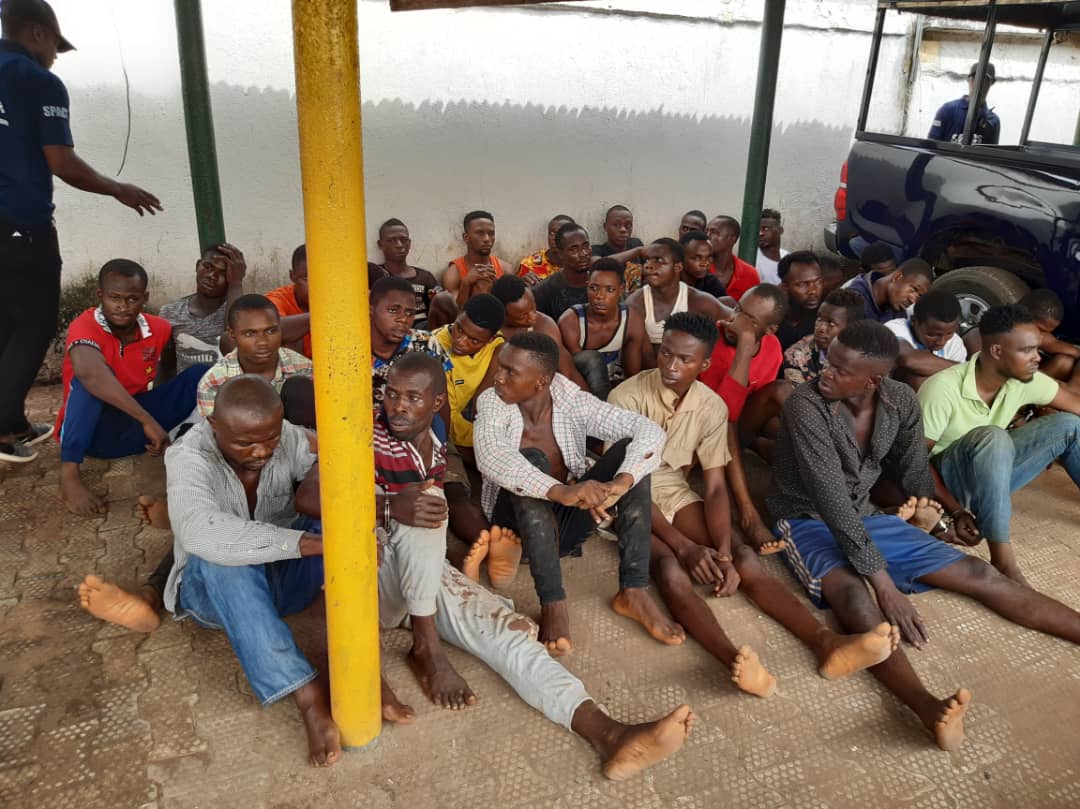 Abang who was represented by the Command’s Spokesperson, Haruna Mohammed, further revealed that 35 suspects have been screened out and released unconditionally while 63 others are undergoing investigations.

“One major factor responsible for the overall success recorded by the Command is the support of the good people of Anambra State who have been very cooperative with the security agencies as well as the robust inter-agency collaboration among sister security agencies. I urged Ndi Anambra to sustain this level of cooperation at all times,” the CP said. 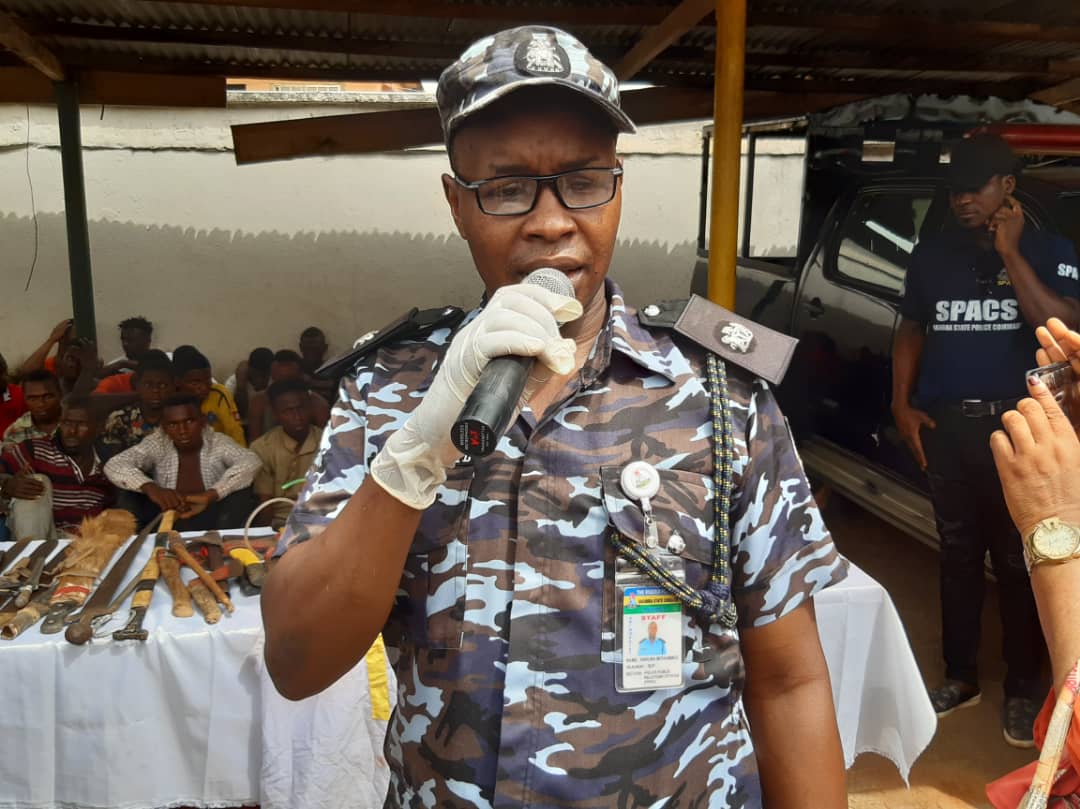