Ok, the title of this article is slightly more than a mouthful, but this is for a very good reason. I would explain by highlighting three main areas that have motivated the write-up. The first is audience engagement. The second is the meaning within the song text “I can’t kill myself.” The third is related to the first – an unofficial national anthem speaks to resonance with society at large.

Pardon me, but the structure of this post does not assume a linear sequence as outlined above. Rather, it starts off with the meaning within the song text and takes us back to the amalgamation of the first and third points.

The choice of the word “songtext” rather than “lyrics” is a deliberate one considering that the phrase tends to resonate with a book I once read, loved and did a review of – Sonny Oti’s Highlife Music in West Africa. This is a book I would find rather difficult to cease celebrating despite its minuscule global visibility and/ or success. However, the book still has the opportunity, with the requisite permissions, to become a global phenomenon in the realm of digital publishing and/ or archiving.

In my opening commentary of the book review, I made reference to the emerging force in Africa’s creative industries as follows:

“The creative industry in sub-Saharan Africa (SSA) has witnessed a resurgence in recent years, especially in terms of music and dance. From Nigeria and Ghana to Botswana, Kenya, Mozambique and South Africa, and following in the footsteps of film, music, and dance have now attracted global attention having featured prominently in Western media…”

I also referred to highlife’s contribution to Nation Branding by singling out Sonny Okosun’s “Which Way Nigeria?” A song, which characterizes the everyday struggles of the common man. Another name that was mentioned was Victor Olaiya whose song-texts were also reported to have functioned as a national unification tool.

Generally speaking, song-texts of African urban popular music rhythm could be entertaining, but they are functionally the voice of the community. They are equally the conscience of African societies, as it is through these lyrics that African domestic and external politics can be monitored or gauges. In other words, song-texts “act as the thermometer for measuring African political, social and economic temperature.”

“Overall Oti’s main emphasis throughout the book has been on song-texts, the meaning of the lyrics behind the music.”

So now you know about song-text and the magic behind these (i.e. power to engage audiences), I return to the man of the moment – Timaya (Inetimi Timaya Odon, born 15 August 1977).

Unpacking Timaya’s “I Can’t Kill Myself”

While the song text discussed in the previous section might be in English, it is in its accessible form – Pidgin, with connotations far removed from suicidal innuendos. Rather the message is around indulging following the graft of the day or life’s hustle in general.

Here’s a sample of the verses and some interpretations of the same:

The song texts go on to elaborate on the hustle over a prolonged period of time without much appreciation from naysayers – albeit in the pidgin language.

Many many years me I don dey go
Rock the mic, me I rock the show
Many many hit songs when I go
Still dem go say me I no dey try

Part of the message, which relates to the discourse on audience engagement is what comes across as a tribute to the controversial US hip-hop artiste, Kanye West:

But the world can do without the best o

Not surprisingly, and coincidentally with the lived experiences of Kanye, reverence to God doesn’t take long to be weaved into the narrative:

The phrase “hapunu my guy” needs elaboration as it is a mixture of the Igbo language and pidgin English, which translates to “let him (Kanye) be” or “leave the guy alone.” Further messages to naysayers or haters (in hip-hop parlance) also emerge as follows:

Before I wrap I crave your indulgence to watch the music video one more time and you would notice an interesting backdrop as well as production quality.

The National Theatre in the official video which in itself is a testament to media production having come of age in Nigeria.

The song has resonated with the masses to the extent that it may have been therapeutic especially in times of hardship and undiagnosed mental health problems pervading the country as a result of institutional failures, unemployment, and poverty. This is to the extent that social media has become abuzz with clips of individuals overindulging in celebration of their successful exploits temporal or otherwise. The same thing that Gangnam Style did almost a decade ago, has been replicated in the African context – albeit devoid of meeting with world leaders and being engaged as a youth ambassador for the United Nations on any of the 17 sustainable development goals.

That remains a story for another day, I can’t kill myself!

Nnamdi O. Madichie teaches and researches Marketing at the Dundee Business School, Abertay University. His research interests straddle marketing (arts, consumer behaviour, entertainment, film, and media marketing) and entrepreneurship (ethnic, gender and diasporic). He is author of “The Nigerian Movie Industry ‘Nollywood’ a nearly perfect marketing case study” as well as the Palgrave book “Digital Entrepreneurship in Sub-Saharan Africa” which features two chapters on Nollywood. Madichie was also former Editor-in-Chief of the African Journal of Business &Economic Research. He is a Fellow of the Chartered Institute of Marketing (FCIM) and Senior Fellow of the Higher Education Academy (SFHEA) and Visiting Professor at the Unizik Business School, Nnamdi Azikiwe University, Awka, Nigeria. He can be contacted at n.madichie@abertay.ac.uk 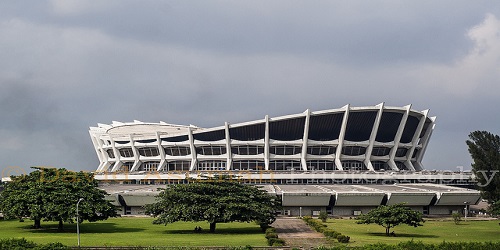