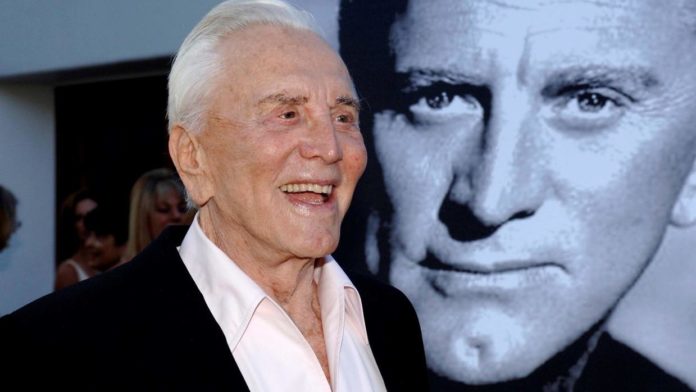 Kirk Douglas, one of the last surviving movie stars from Hollywood’s golden age, whose rugged good looks and muscular intensity made him a commanding presence in celebrated films like “Lust for Life,” “Spartacus” and “Paths of Glory,” died on Wednesday at his home in Beverly Hills, Calif, according to his son, actor Michael Douglas. He was 103.

“It is with tremendous sadness that my brothers and I announce that Kirk Douglas left us today at the age of 103,” he wrote on his verified Instagram account. “To the world, he was a legend, an actor from the golden age of movies who lived well into his golden years, a humanitarian whose commitment to justice and the causes he believed in setting a standard for all of us to aspire to. But to me and my brothers Joel and Peter he was simply Dad, to Catherine, a wonderful father-in-law, to his grandchildren and great-grandchild their loving grandfather, and to his wife Anne, a wonderful husband.”

Douglas was Oscar-nominated for his roles as a double-crossing and womanizing boxer in “Champion” (1949), a ruthless movie producer in “The Bad and the Beautiful” (1952) and tortured artist Vincent Van Gogh in “Lust for Life” (1956).

But his only Academy Award came in 1995 — an honorary lifetime achievement statuette “for 50 years as a creative and moral force in the motion picture community.”