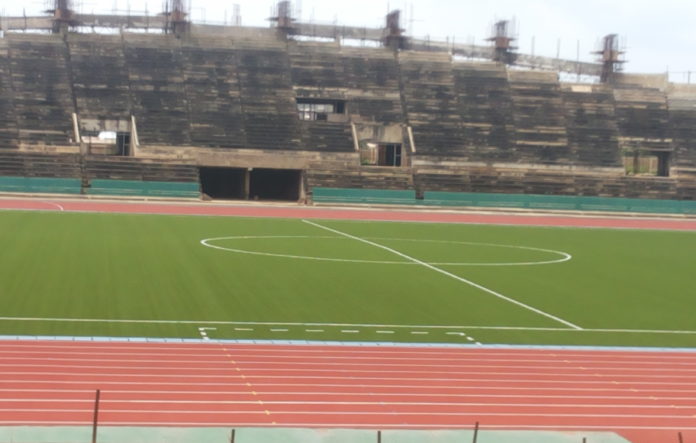 Plateau State governor, Simon Lalong, has promised that the current Nigeria Professional Football League (NPFL) leaders, Plateau United FC, will not play their continental matches away from home should they go on and win the league. Instead, the Ultra-modern Jos stadium will be completed before time to enable them to play at home.

The State football team had once suffered a lot of setbacks as a result of playing away from home when they represented Nigeria in the CAF Champions League, having been league champions, owing to the non-accreditation of the stadium by CAF.

Speaking during a live program on Silverbird Rythm FM on Tuesday, Lalong disclosed that he had a recommendation from the State Sports Council and the NFF intending to complete the stadium.

“By the grace of God, we will not watch Champions League in another state. We are hoping to complete the stadium”, he stated.

According to Lalong, he was confident that Plateau United will win the league with or without COVID-19.

Lalong also said he will support other sports and that he wants to use golf to boost tourism in the state.