Members of the All Progressives Congress (APC) in Zamfara State were agog with jubilation on Friday as the apex court in Nigeria nullified the party’s participation in this year’s general elections, and declared the Peoples Democratic Party (PDP), the party with the second highest votes as winner in the state.

Already, the Zamfara wing of the Nigeria Bar Association has commended the Supreme Court over the judgment against the APC, President Muhammadu Buhari’s party in the state.

A five-man Supreme Court panel sitting in Abuja, on May 24 nullified the APC last primaries and all the seats won in the general elections. The court also directed political parties and candidates with highest numbers of votes to be declared as the winners in all the offices contested.

NBA State Chairman, Bello Galadi, however, gave the commendation in an interview with the News Agency of Nigeria in Gusau, the state capital,  saying the court as the last resort, has done the right thing in the right direction to rescue democracy in the state and country as whole.

While adding, ‘’this showed that by implication, rule of law, justice and true democracy had started to emerge in the nation’s political system’’, he commended President Buhari for giving court free hand to discharge its responsibilities.

NAN also reports that there was jubilation across the state with vehicles and motorcycles carrying PDP flags and posters about, and that a cross section of the people, who expressed happiness with the judgment on Friday are members of the APC, especially Senator Kabiru Marafa’s faction.

Sirajo Mai-katako, the APC factional State Chairman that has loyalty to Senator Kabiru Marafa, described the judgment as a good development in the country’s democracy.

‘’We don’t care about who will be the governor and which party he is, our concern is justice and fairness. People should be allowed to have their choice of who governs them in various political offices’’, he said and urged the people of the state to give their total support to all those who emerged as leaders in the state.

The apex court heard two election appeals seeking to ascertain authentic candidates of the APC candidates in Zamfara in the last general elections.

The APC and Malam Sanusi Dan-Alhaji had instituted the case on the primary election conducted by the party for the nomination of candidates to participate in the last general election.

Chief Lateef Fagbemi,SAN, counsel for Dan-Alhaji, while adopting his address, prayed the apex court to restore the February13 judgment of the Zamfara High Court which allowed APC to field candidates in the general election.

Fagbemi submitted that the judgment of the Court of Appeal, Sokoto Division, which disqualified APC from nominating candidate for the election on the grounds that the party did not conduct lawful primary should be set aside.

He further argued that the lower court erred in law, adding that the decision was a miscarriage of justice.

Fagbemi said the APC had shown proof the party conducted a free and fair primary to elect the candidates that contested the governorship election, the National Assembly and the House of Assembly elections respectively.

However, Mike Ozekhome,SAN, counsel for Sen. Kabiru Marafa and 142, all of the APC urged the appellate court to dismiss the appeal and affirm the judgment of the Appeal Court.

Ozekhome submitted that the judgment was a copious description of how the APC in Zamfara failed to conduct primary election in accordance with the Electoral Act, party guideline and the 1999 Constitution.

He said the process failed both legal and integrity tests, adding that the exercise was not conducted to produce candidates for the last general election as his clients were fenced out.

Tanimu Inuwa,SAN, counsel for Independent National Electoral Commission (INEC) aligned himself with the argument canvassed by Ozekhome. He further explained that the electoral body did not supervise any primary conducted by the party as mandated by law.

Inuwa argued that the Court of Appeal in Sokoto was right to have stopped the APC from fielding candidates in the 2019 general election in Zamfara and also urged the appellate court to dismiss the appeal for lacking in merit. 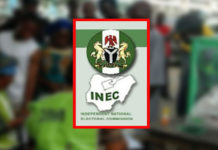