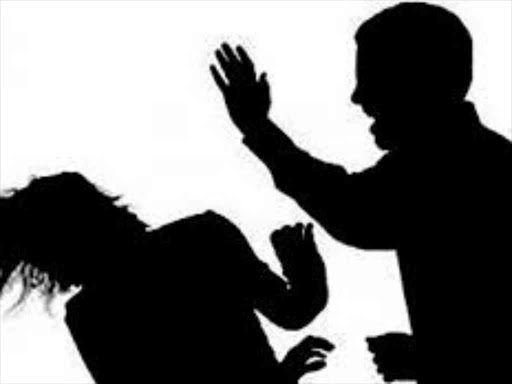 The priest’s deep voice rang out through the February chill.

“Merciful God, you know the anguish of the sorrowful… ”

Sorrowful? Joyce thought loudly. To see that beast in human form dead and buried? She sneered. All she felt was a relief as though she had been bounded in chains and finally there was a breakthrough and freedom joyfully welcoming her with open arms.

“You are attentive to the prayers of the faithful. Lord, hear your people who cry out to you in their need… ”

Joyce glanced around the small group of family and friends who had come to bid her late husband the final farewell and wondered if they knew the story behind his death. Joyce felt a wreck in her heart as the memories came flooding back.

The countless miscarriages that left her childless; the quarrels that left him kissing her with his clenched fist. Twice, she had gone into a coma and other times she had told the necessary lie, “I fell from the stairs. It was an accident”. And then, she would go on to conceal the scars with her makeup, the sunglasses hiding the bags under her eyes.

She remembered the nights he complained about her tasteless soups; he would pour the soup on her head before smashing the ceramic plate on her face. Joyce learnt not to let the tears fall immediately as doing so would only serve to fuel his anger.

The abuse and humiliation she received daily were traumatic enough to get her admitted for rehab.

“Pray for your husband. He will change. That is your duty as a wife. Divorce is shameful”, her mother would always advise. For a reason, the counsel didn’t sit well with Joyce as she often caught herself wondering what passage in the Bible which expressly provides that a wife has to pray her husband out of his stupidity.

While he visits the brothels daily seeking sexual satisfaction, she sits at home with a puffy face and a Bible, praying and casting away the so-called demons responsible for her husband’s infidelity and beast-like nature.

“Marriage is for better, for worse. It is till death do you part”, Joyce remembered her mum saying and that night she decided to end it all. All it took was a pinch of rat poison she added to his tea which finally sent him to the realm of the dead. She couldn’t be any happier as death had finally done them part.

“Eternal rest grant to him, O Lord, and may perpetual light shine upon him. May his soul rest in peace”. The priest’s voice shook Joyce out of her reverie and silently she watched as her husband’s coffin was lowered into the freshly dug grave.

People began weeping profusely and considering how weird it would look if she doesn’t shed a tear and act like the bereaved, Joyce immediately threw herself to the ground wailing uncontrollably. But behind that facade of hers, she silently wished that her husband rots in hell.