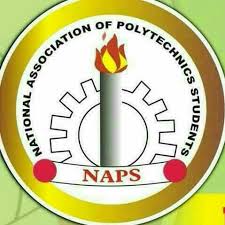 The Leadership Of National Association Of Polytechnic Students (NAPS), has frowned at the recent statement made on Wednesday by the Minister Of Education, Adamu Adamu, that schools will not be reopening anytime soon and that Nigerian students in Senior Secondary transitional classes will not partake in this year’s WASSCE.

The NAPS National President, Comrade Benedict Olalere who disclosed this in an exclusive interview with TNC on Thursday, is of the opinion that if schools are locked down, the future of Nigerian Students is in jeopardy.

Minister of Education, Adamu had yesterday during a Federal Executive Council meeting, insisted that schools under the supervision of the Federal Ministry of Education will not reopen on August 4th or any time soon, as was earlier quoted the Minister of State for Education, Emeka Nwajiuba to have said.

But Olalere had in his statement, argued that if markets, which are the most vulnerable places are open, then it is worrisome that schools that are decent places will be shut down in the name of COVID-19.

According to him, shutting down the schools simply amounts to shutting down means of solutions to Nigeria’s numerous problems and the end result will be very disastrous for the nation.

“This is sabotage on western education and must be vehemently resisted by all men of goodwill. If you look at it from a critical perspective, the government is not objective enough. The present Federal Government has failed the incoming generation by its deceit, propaganda and political game. This is a plot by officials in the Buhari administration to stop western education in this country,” he said.

He wondered why the government could put measures in place to ensure that the governorship election in Edo with about 2.4 million voters holds and refuse to deploy such measures to ensure that WASSCE which has about 1.4 million registrants across Nigeria, takes place.

“INEC is bent on conducting the Edo election because they are going to provide the necessary measures to protect people who may wish to participate in the said election. Why can’t the same government provide the same measures in the schools? It simply follows that the people championing this directive are simply playing with the future of children in this country and that is why I believe that this sabotage,” the NAPS President said.

The NAPS leadership called on President Muhammadu Buhari, the Minister Of Education and the Minister of State of Education, to reverse the comments and what he called the unreasonable decision to close schools indefinitely.

According to him, if this is not done within the next seven days, Nigerian Polytechnic Students will not hesitate to mobilize in thousands to all streets across Nigeria, to protest against the government.

“NAPS calls on President Buhari not to allow some elements in his administration to destroy the image he has built over the years. We hereby call on Mr President to do the needful towards schools reopening, because that is the only lasting legacy he can bequeath Nigerian students at this time,” he concluded.