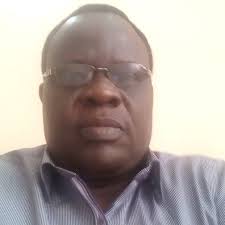 It can’t be said enough that the spate of violent criminal attacks being perpetrated with impunity across the country, do not show a government that is in charge, nor a country that is at peace with itself.

What are they governing if people even the poor amongst us cannot freely move around for fear of being kidnapped for ransom, raped or outrightly shot dead? Is governance not about people (the governed) and their welfare which includes safety and security at least?

Without mincing words, the inactivity or the inability of the Police, the State Security Service (SSS) and even the Civil Defence to be more proactive and sincere in addressing the general spate of insecurity and senseless daily bloodshed across the country is a fallout of the failure of this government on issues that affect the ordinary citizens.

The past action or inaction of the Federal Government especially the police and the DSS could best be described as indifferent. Had this Federal Government taken a serious and decisive action initially when banditry, herdsmen attacks and kidnappings began, the perpetrators probably wouldn’t have gotten this sophisticated. Rather our government preferred to be indifferent either by omission or complicity commission and now they are being overwhelmed by the crisis.

In a nation where almost all the infrastructures in every sector of its daily existence have completely collapsed now including safety and security of lives and properties, what remains for such a country to be labelled a failed state?

Regarding the police, years of bad governance, horrible recruiting standards and poor training have landed us with the comatose service or mockery of a policing services the Nigerian public gets.

We have a police that is not supported in terms of budgetary allocations and policy; a police where excellence and genuine hard work and patriotic commitment are being brutally sacrificed on the altar of the gods of sectionalism, favouritism under the guise of loyalty to those in power, indolence and eye-service. Those who can give us the desired results of service are grossly sidelined if not completely relegated to mundane assignments. How do we continue like this as a nation a serious-minded people?

So we now have a police department that has zero capacity to gather quality early-warning intelligence or investigate sophisticated criminal activities at the planning stage before the mayhem is launched on the citizens. Nothing best captures police expertise in this regard than a satire on the web that: “There was a competition among various Nigerian security agencies on their level of intelligence gathering capabilities. Two dogs were released into a nearby bush in a fenced compound and each agency was asked to find where the dogs were. When it came to the turn of the police, they didn’t even bother to enter the bush at all. The policemen simply arrested two goats, took them to their station and beat them to the stupor and the goats confessed in writing that they were the dogs the policemen were looking for.” This is not funny at all. If you visit our police station you will know.

The State Security Services is not different either in any way. How do we expect quality commitment and service delivery from such a bunch of public officers?

There is an urgent need to have a fundamental change in our concept of policing in this country. We are still policing the country with a military mentality. What happened to our concept of the Police Council? They now only meet when they want to confirm a new Inspector General, abi?

It is not actually a daunting task to effectively police Nigeria but when managers of the department who consciously work to undermine themselves and any genuine and patriotic efforts within the service, you say the matter no be here. This is in addition to the glaring efforts of sister agencies and individuals to also undermine the service. Truth be told, over the years, the police have been deliberately degraded but it’s not late for us to begin to correct some of these past misdeeds.

What is the real and released appropriation to the police and the Department of State Service (DSS)? Do they have the capacity to fund the fight against emerging crimes, juxtaposed budgetary allocations to these bodies compared to what the National Assembly members are ‘allocating’ to themselves under varying guises?

The bandits terrorizing parts of the country, where do they come from? Where do they live or rather where do they retire to after their mayhem, and how do they run their daily life routines when they are not in the bush terrorizing our peoples? Are they spirits that come from outer space and disappears after their mayhem? You see that a demoralised and corrupt police is one of the most dangerous things that can happen to any country because it becomes just business as usual, no foresight nor insight.

The SSS in itself, in my opinion, seems to be defectively structured also. The organization is supposed to be the Nigerian equivalent of the American FBI and the British MI5. How come that the Nigerian SSS functions only within and around State House, Abuja; around state governors and their government houses, and local government council headquarters?

The ordinary citizens are not concerned with alleged inter-agency squabbles; all they want is safety and security of their lives and properties because, from all indications, it is obvious that the DSS was not structured to serve the ordinary citizens but the government- people.

What actually is the day to day function of the DSS? What is the actual work in specific terms of the DSS? Is it only to hound down political opponents of those misruling this country? Is the DSS not supposed to be interfacing daily with the Police on an exchange of intelligence?

In fact, do they actually gather intelligence on issues pertaining to the security of lives and property of the ordinary Nigerians apart from hanging around the Villa and government Houses and Local Government Council headquarters? And if they do, who receives such information- the police or state governors and how prompt?

If it does not exit, the now hydra-headed and embarrassing spate of violent banditry, kidnapping, and even issues of human trafficking and oil bunkering, has made it pertinent for both the Police and the DSS and even the Civil Defence to interface for a cooperative fight against criminalities and the perpetrators who are on daily basis becoming sophisticated for our analog and not very honest Police Force, the DSS and even the yesterday’s Civil Defence. God Bless Nigeria!

(IFEANYI IZEZE is an Abuja-based Communications and Strategy Consultant: iizeze@yahoo.com; 234-8033043009)