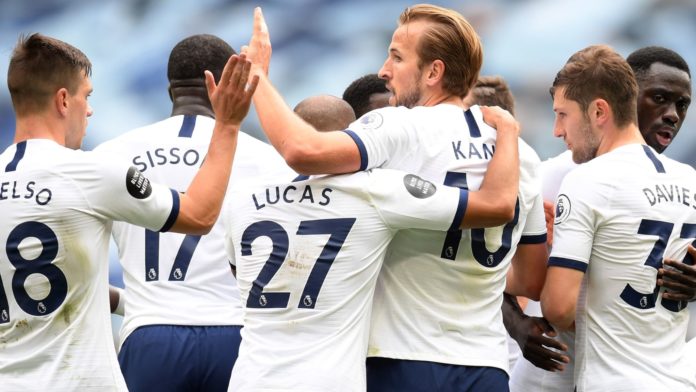 Leicester City might miss the champions league as the English Premier League winds up next weekend.
A Harry Kane inspired Spurs beat the foxes with three unreplied goals on Sunday, thereby compounding the losing streak of Leicester as the season ends.
J. Justin conceded a goal against his team at the 6th minute while Harry Kane hit the net in the 37th and 40th minute.
Amazingly, Leicester had a 70% ball possession but the host capitalized on a laxed rear guard and some faulty passes to beat the visitors on the counters.
With the present result, in-form Manchester United, which seats on the fifth position on 62 points, could topple Leicester also on 62 points, if they could beat West Ham at home on Wednesday.
Should that happen, Leicester would have to beat the red devil’s at home on the final matchday to stand any chance of remaining in the top four.
Chelsea will also be in the mix with a game against Liverpool the same day.