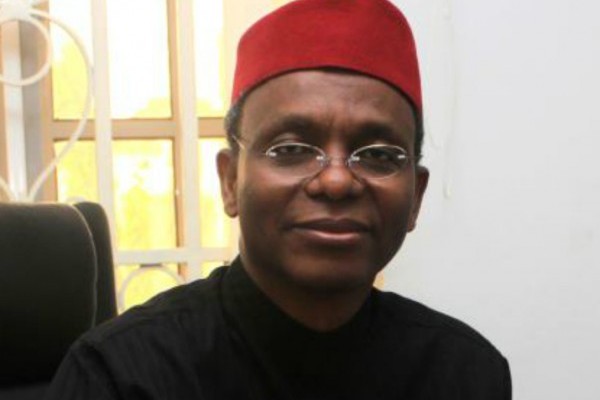 “This is my country, that is your country; these are the conceptions of narrow souls – to the liberal minded the whole world is a family.” ― Virchand Raghavji Gandhi

First there is a compelling urgency to address the tendency by most public affairs  commentators to personalize government policies and in the process make policies look more like the personal decisions of such “autocratic” leaders  imposed on a “docile” council, when in actual fact such policies were subjected to rigorous debates by the appropriate organs of government and having been so deliberated becomes a decision of government,which makes it a misnomer to tag the policies after the leaders.

Accepted that leaders  provide leadership, but definitely not every policy initiative emanates from them and even if they do,once the policy gets the buy – in of the other members of council, it becomes a collective decision of the administration. The danger of personalizing policies are obvious, especially because they make such policies difficult to sale or implement. Part of the problem that Donald Trump has with Obamacare, which largely is the propelling force behind his determination to effect fundamental changes to it, is the fact that the landmark healthcare law is identified as an Obama baby despite being an act of Congress. The other danger with the personalization of policies is that it creates and sustains the impression that democracy is not working and we see the evidence in low voter turn out during elections and lack of confidence in government.

While in some states the meeting Executive Councils hold at the whims and caprices of the governors,while in Kaduna State it meets on a weekly basis and memos from the various ministries, the governor and the deputy governor are subjected to robust debate and it’s common knowledge that governor Nasir El Rufai had on several occasions bowed to superior arguments of the Council members. And the governor definitely expected such robust debates,the reason why in the first place  he picked some of the best hands around, but this will sound strange to those who have made conclusions about El-Rufai or question his democratic credentials, but that’s the truth,the whole truth and nothing but the truth.

To my brother Jideofor Adibe the Citizenship policy being a product of the Kaduna State Executive Council should be so described- so the appropriate title of this landmark policy should have been “Kaduna State Government “Abrogation” of Indigene- Settler Dichotomy in Kaduna Is Right Step In Wrong Direction.”

The week Jideofor Adibe published the above article condemning the progressive Citizenship policy of the Kaduna State Government,a policy which has received world acclaim was fortunately a momentous one for Nigeria. First was the election of the Anambra born  Ernest Ezeajughi as the Mayor of London Borough Of Brent, a predominantly white area of the United Kingdom. Ezeajughi, a staunch member of the Labour Party had before his election represented Stonebridge Ward as a councilor, re-elected in 2018 and within the same year became the Deputy Mayor. Same time as Exeajughi , Abigail Katung Marshal originally from Kaduna State was also elected a Councillor on the platform of the Labour and Co-operative Party. There is also  Kelechi Madu,a Nigerian of Igbo extraction, who was not only elected as a member of the Canadian parliament ,but was appointed Minister Municipal Affairs of Alberta,the third largest ministry with a budget of over 3.7  billion dollars. The interesting thing about these three Nigerians is that they only recently migrated – Madu for instance only migrated to Canada in 2005. Going by the logic of those opposed to the kaduna State government Citizenship policy these Nigerians ought to have been rejected by their hosts being non indigenes.

Jideofor Adibe in his opening statement described the governor as someone who rarely shies “away from controversy or misses an opportunity to showcase his courage”. The truth is that columnists and other public affairs analysts by their loud failure to support laudable policies create controversies, as in this case the decisive action by the kaduna state government to address the vexed policy that has made many Nigerians especially southerners question their “nigerianness”, because of the treatment they are subjected to , for daring to believe in nigeria by residing in states other than theirs. Adibe would have preferred that Nasir El – Rufai kept away from “correcting” the open sore which he acknowledges is wrong for fear of being tagged controversial.  It’s the discriminatory policy that is controversial and not the man who is determined to make it history.

During the Sani Abacha days a senior State Department of the United States official described Nigeria as a country of paradox , because it was exporting democracy that it didn’t have to Liberia and importing petroleum products,that it produces. It’s to our collective shame that more than 25 years after that joke on us , that we are still importing those products and no serious plan to stop. It’s also our collective shame that while we vigorously campaigned against the obnoxious apartheid policy of the Boers of South Africa,that we are pretty cool about the equally vexatious indigene and settler dichotomy in the 21st century!

The arguments of those opposed to the citizenship policy range from the mundane to the laughable, an indication that the opposition is politically motivated. The main claim of the opposition is that abolishing the dichotomy puts the cultural identity of the indigenes at great risk of contamination, as those “granted citizenship” would corrupt their cultural identity. Nigerians will never cease to shock and just when you think you have heard or seen it all, from the blues they will assail you with something more ridiculous than the previous one. The straight forward reaction to the argument is that with or without the abolition of the policy, all sides will in their daily interaction “contaminate”  each other.

Secondly due to technological developments  and globalization, acculturation knows no boundary,so Nigerian youths without coming in contact with Americans have for instance copied the prison culture of trouser sagging. So the argument is a very weak argument and falls flat on its face. So  even if the Kaduna State government didn’t abolish the policy, so long as the appreciable non indigene population that have for whatever reason decided to settle in kaduna State, continue to live and interact with the indigenes acculturation will take place. So acculturation is not by any stretch of imagination a consequence of the abolition of the policy. Typical example being northerners  who relish  ise ewu (goat head), a delicacy of the Ibos despite haven’t ever travelled to the East.

Part of the reasons Nasir El-Rufai was and is still  fiercely opposed by the political merchants that have thankfully been retired , is precisely because of his bold decision of appointing people they “derogatorily” refer to as non indigenes,even though the opposition continues to masquerade behind the various reforms, like the teachers competency test, urban renewal programmes,the civil service revitalization programme and the sales of the badly dilapidated government quarters to fight him. The irony is that many members of the Kaduna Restoration Group and the Southern Kaduna group who are opposed to the policy hold citizenship of countries like United States. When it suites groups like these they applaud the abolition of the indigene and non indigene policy,but when it shuts them out they cry foul – an appalling lack of standard. The big question those opposing the policy have refused to answer, is the justness in shutting out a Nigerian from contributing his/her quota to a state where by birth he/she has lived all his life?

The political brouhaha of some Kaduna State “stakeholders” has to do with the governors demonstrated faith in Nigeria and trust in people from other parts of the country. The kaduna State Citizenship Programme of Governor Nasir El -Rufai by action and by words demonstrates this patriotism. In practical terms the policy seeks to acknowledge everyone born or resident in Kaduna State as a citizen,with same rights as an indigene. Clearly the governor and groups like the Restoration group are miles apart,in terms of their World views. In a warfare,all is said to be fair, but there is and there must be a limit to politics. It is deeply worrying that the opposition to the so called “non-indigenes” is based on their tribe, and this definitely has dangerous implications for our dear country.

America has remained great, and has not collapsed like other once great countries like “Great Britain” that collapsed , because it has continued to renew itself by attracting the very best from all over the world and allowing them the space to become whatever they want to. Arnold Schwarzenegger,an Austrian- American only migrated to America at the age of 21,but that wasn’t an obstacle in his quest to serve. He not only contested,but was twice elected Governor of California State ,the fourth largest economy of the world. Arnold Schwarzenegger in fact is the second foreign born governor of California. In Nigeria Adams Oshiomhole,the former governor of Edo State literally hijacked Olaitan Oyerinde from the Nigerian Labour  Congress and made him his Principal Private Secretary, because like El -Rufai he was looking for loyalty,capacity and competency. So the three (3) Ibos in Nasir El – Rufai’s cabinet are first and foremost Nigerians,who happen to be Ibos and Christians,so it’s with the Igalas’ ,the Yorubas’ etc in his rainbow government.

The reaction of the Southern Kaduna group to the citizenship policy is no doubt a political blunder with dire future consequences. Coming as it were on the back of the 2019 General Elections debacle due to political miscalculation in the 2019 which has clearly exposed their lack of numbers to affect the outcome of governorship elections in the state.Rather than stock taking, some of the groups in the continuation of the war against Nasir El- Rufai are  unknowingly further exposing the area to “guaranteed irrelevancy”, by alienating the non indigenes who stand to benefit from it most. The Citizenship policy is without doubt to the advantage of Christians , who unlike Muslim settlers from other parts of the country have not been able to make serious inroads in employment and politics. For instance the son of the late Ahmadu Chanchagi originally from Taraba State,is a two term member of the House of Representatives and there are several others Muslims who have held appointments. Except for Igwe who in 1999 won an election to the Kaduna State House of Assembly, the settler Christians have overall performed poorly. With the abrogation of the policy,children of non indigenes will also no longer be subjected to discriminatory fees.

The reality about the Citizenship policy is that it won’t indulge the indolent – “indigene” or settler turned citizen,everyone must bring something to the table and to serve you must build bridges. The citizenship and residency policy rather than the divisive indigene/settler dichotomy is the future.