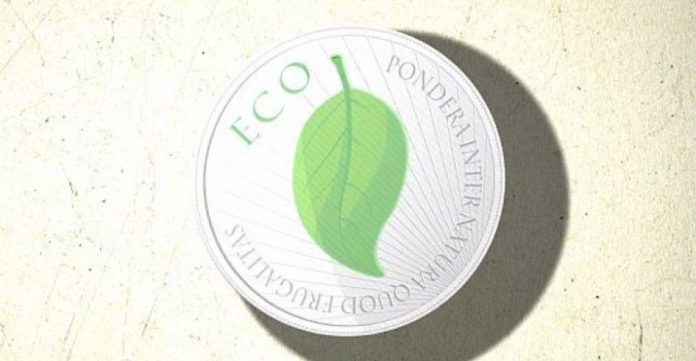 The experts and members of the Ministerial Committee on the Single Currency Programme of the Economic Community of West African States (ECOWAS) at their meeting in Abidjan, Côte d’Ivoire, in the dying days of last month, failed to stay united  on the symbol of the sub-region’s currency.

They however, agreed by a consensus on ECO as the name for the ECOWAS single currency.

They also considered other monetary issues particularly the status of economic convergence, exchange regime, monetary policy framework, Central Bank model and implementation of mechanisms relating to the Special Fund for Development of the currency’s road map.

Regarding the legal texts governing the institutional framework of the balance of payments statistics in the ECOWAS region, the West African Monetary Agency (WAMA) was advised to send the documents again to the Central Banks prior to submitting them to the ECOWAS Commission for further consideration.

While discussing the ECOWAS 2018 Macro-economic Convergence Report, members of the ministerial panel focused their discussions on member states’ poor performance on compliance with the convergence criteria.

Participants in the Abidjan meeting also addressed other issues such as the vulnerability of the West African economies to external shocks which restrains member states efforts to meet the convergence criteria. They also made recommendations on the development of a regional strategy to mitigate external shocks for sustained compliance with the criteria.

During the opening of the ministerial panel meeting, the ECOWAS Commission’s President, Jean-Claude Kassi Brou expressed gratitude to the finance ministers of member states in attendance for their fruitful contributions to the proceedings, as well as the United Nations Economic Commission for Africa for its financial and technical support to the regional organisation for the completion of the studies which made it possible to hold the meeting.

Brou stated that the Abidjan ministerial meeting is a singular development in the process leading to the realisation of one of the most important projects initiated by ECOWAS founding fathers, which is monetary integration leading to the creation of the common single currency.

Taking the floor, the Ivoirian Minister of Economy and Finance, Adama Koné urged ECOWAS member states to make efforts to address the remaining obstacles to the creation of the currency.
He expressed conviction that the ministerial committee meeting will be the springboard for the completion of the ECOWAS single currency, a process that had commenced more than three decades ago.

Apart from finance ministers of the 15 member states of the regional organisation, the Presidents of the ECOWAS Commission and West African Economic and Monetary Union (WAEMU), Governors of ECOWAS Central Banks, Commissioner for Macro-economic Policy and Economic Research, Dr Koffi Konadu Apraku, as well as the Directors General of WAMA and the West African Monetary Institute (WAMI) also attended the Abidjan ministerial meeting.

Meanwhile, the Authority of ECOWAS Heads of State and Government on Saturday adopted ECO as the name of the single currency to be issued in January 2020.

The leaders at their 55th Ordinary Session in Abuja endorsed the name while congratulating the Ministerial Committee on the Single Currency for the considerable progress recorded in the implementation of the revised roadmap.

In the communiqué read by Nigeria’s Permanent Secretary, Ministry of Foreign Affairs, Mustapha Suleiman,  the Authority instructed the ECOWAS Commission to work in collaboration with West African Monetary Agency.

The leaders also instructed the commission to work with West African Monetary Institute and the central banks to accelerate the implementation of the revised roadmap with regard to the symbol of the single currency.

The Authority also directed the commission and the central banks to accelerate the operation of the Special Fund for financing of programmes in the revised Roadmap for the ECOWAS Single Currency Programme.

Furthermore, the ECOWAS Chairman President Issoufou Mahamadou said the revised roadmap still stipulated that the single currency would be issued in Jan. 2020.

He also said that there was “a real firm political will” for the region to hastily achieve the single currency.