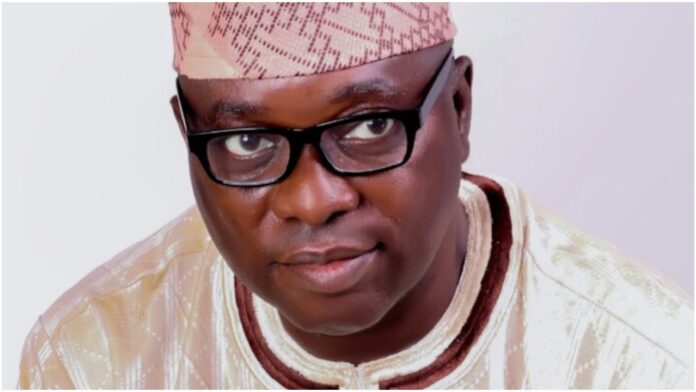 The National Coordinator, Concerned Advocates for Good Governance (CAGG), Olusegun Bamgbose, has advised members of the Peoples Democratic Party (PDP) to limit their celebration of the outcome of the governorship election in Edo State because Governor Godwin Obaseki may soon return to the All Progressives Congress, APC.

Governor Obaseki left the APC for the PDP a few months to the governorship election after he was disqualified by the ruling party.

Obaseki was, however, declared elected for a second tenure in office by the Independent National Electoral Commission, INEC on Sunday after he defeated candidate of the APC, Pastor Osagie Ize-Iyamu with over 100,000 votes.

The incumbent Governor had an arduous journey having contended with the duo of the APC National Leader, Bola Tinubu and a former National Chairman, Adams Oshiomhole.

“On the other hand, Oshiomhole exhausted his political arsenal, but met his waterloo.

“Obaseki’s victory has finally nailed his political coffin. His political career has dishonourably come to an end. It’s really painful.

“However, PDP should not rejoice much, because Obaseki may soon stage a comeback to APC, other things being equal.

“Obaseki made a statement before pulling out of APC, that his discussions with President Buhari will determine his next step.

“It’s most likely that Obaseki struck a deal with President Buhari to return back to APC, after winning the election.

“It’s no longer news that President Buhari has already congratulated Obaseki on his re-election as Governor of Edo State. Many have been commending him for allowing free and fair election in Edo State.

“President Buhari ensured the governorship election was free and fair in view of possibly returning back to the APC, the agreement they had before he decamped to the PDP. It’s most likely Obaseki will go back to APC.”

Also reacting to Obaseki’s victory, Kaduna State Governor, Nasir El-Rufai, has said that the APC may have lost in the Edo elections because voters changed their minds in the last two weeks.

El-Rufai stated this on Monday on a Television programme.

According to the Governor, he was optimistic as at three weeks ago, because of the result of polls.

“Three weeks ago, the polls clearly showed the APC was going to win.

“But the results came out differently from what we expected.

“The election was decent. We were worried about violence, but there was none at all.

“Obaseki has won and that is it. You have to go into elections knowing you can lose.”

El-Rufai also insisted that President Muhammadu Buhari does not try to influence elections with the federal might.

“The President has never used what is called federal might to steal elections, like other governments have done in the past.

“We always insist everyone go and pitch to the people and may the best man win,” he added.

Meanwhile, leader of the Indigenous People of Biafra (IPOB), Nnamdi Kanu, has explained why the Edo election was judged free and fair.

Kanu believes a free and fair election in Edo State became possible because of the threat of visa ban recently made by the US Ambassador to Nigeria, Mary Beth Leonard.

Last Monday, the US government announced the ban on some Nigerians, who undermined the country’s democracy by involving in election rigging.

And displaying Mrs Leonard’s picture on his Facebook page, the IPOB leader said, “This is the courageous US Ambassador to Nigeria that delivered the first truly free and fair elections in the history of Nigeria in Edo State yesterday. Something the EU & UK have failed to do for over 60 years.

“This amazing woman imposed an ordinary visa ban on perennial election riggers and they quickly behaved themselves. Add a bit of Nyesom Wike and the tenacity of Igodomigodo and you have the perfect result.”