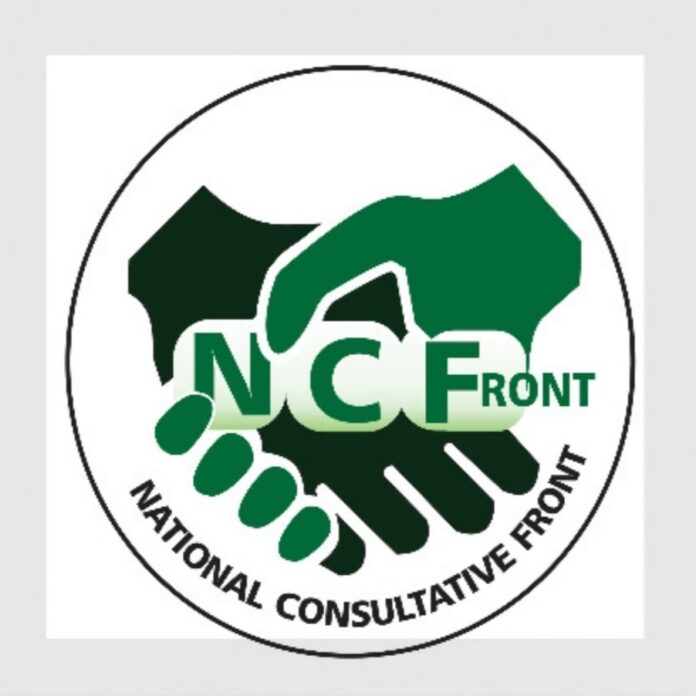 A non-partisan platform, the National Consultative Front, NCFront, has raised alarm over the massive incidents of votes buying and voter inducement by politicians, during the just concluded governorship election in Edo State over the weekend.

An emergent pan Nigerian leadership platform being co-chaired by Former Speaker, Ghali Umar Na’aba and Former Presidential candidate, Prof Pat Utomi, the NCFront had deployed 600 Cadres of Observers/Monitors, in conjunction with its Partners accredited by INEC in the 18 Local Government Areas of Edo State for monitoring of the Governorship elections in Edo State.

The Independent National Electoral Commission had on Sunday, declared candidate of the People’s Democratic Party, Godwin Obaseki, winner of the election, after he defeated his nearest rival, Pastor Osagie Ize-Iyamu of the All Progressives Congress and 12 other candidates to secure re-election as governor of the state.

A statement on Sunday by the NCFront, signed by Comrade Isa Aremu, Dr Tanko Yunusa, Prince Chris Azor and others, on behalf of Group’s Elections Monitoring Team, said it received reports of some vote-buying by some politicians and agents of political parties.

“Votes buying and voter inducement occurred in some of the Polling Units observed by NCFront Monitors. For instance, in Ward 4 of Emotan College and Ministry of Education in New Benin, where there are 28 polling units both in Oredo LGA and a substantial numbers of Polling Units in Owan East, Etsako West, Etsakor East, where voters were stylishly induced with cash ranging up to N5,000.

“Although every stakeholder in the Edo decides 2020 had tried to give their best in this election, much is still to be desired in the conduct of some political parties and their agents, who are expected to be more adherent to subsisting electoral ethics and rules, which forbid voters inducement, vote-buying, thuggery and violence during elections, ballot snatching and stuffing etc and should exercise respect for the Peace Accord their Parties and Candidates signed before Elections,” it said.

The group also expressed concern over reports of security personnel laying siege and cordoning off the hotels accommodating leaders of a major political party, restricting their movement in and out of the hotel.

“There is also the report of security personnel restraining staff of an election observer group, YIAGA from accessing their Data Centre. Again, there were reports of arrest and intimidation of CDD observers. These actions on the part of a few security agents is hereby condemned in the strongest terms as an unacceptable

“Infringement on the rights of citizens and groups to participate and contribute to the electoral process, seems to be an emerging pattern of electoral abuse and interference by security agencies to undermine the electoral process. This trend, if allowed to continue, can be injurious to Nigeria’s democracy for which many people lost their lives in bringing about.

“The Police, being the lead security agency, would still need to do more to assure the Nigerian electorate, especially, through improved conduct of its personnel, that they can reliably stand on the part of the law in maintaining peace and order during elections instead of their regular recourse to intimidation of eligible voters, which has always occasioned recline of voters on election day and electoral manipulation in another instance.

The report observed that despite the heavy presence of security officials in the State, there were reported movements of thugs and armed youths as well as the intimidation of voters by certain group without restraint or hindrance in many polling units within the State capital, Benin City – comprising of Oredo, Egor and Ikpoba Okha Local Government Areas.

It also called on the INEC, as the main Elections management body in Nigeria, to always ensure that improved elections logistics are henceforth put in place and deployed to time by urgently employing latest technology required to make elections transparent and credible in Nigeria.

According to the statement, this will ensure that elections are not ruined by late commencement and violence, and ultimately decided by the courts instead of the electorate as done recently in the case of Imo State among others.

While congratulating the winner of the elections, the NCFront urged him to be magnanimous in victory by extending the hands of fellowship to all his fellow contestants in building a united and stable government and state for the people of Edo State.