The celebration of Nigeria’s 60th Independence calls for sober reflection on how the rule of law has fared in our polity since May 29, 1999. In every democracy, meaningful development is not possible without citizenship participation. “Democracy” comes from the Greek word “Demos” which means, people, and “Cracy” which stands for rule or government. Put together, democracy literally means, “The rule of the people.” It ensures protection of lives and property, adherence to the rule of law, provision of social amenities, ensuring freedom of speech, press and religion of one’s choice and human-capacity building.

Despite this lofty position, scholars like Hans Herrmann Hoppe (), a well known Austrian Political critic sees democracy in bad light. In his book “Democracy: The God that failed,” Hoppe criticizes democracy for disregard for fundamental rights, voting minorities out and shortness of office which leads to “get-rich-quick” syndrome among many politicians who buy voters with tax payers money and create poverty. He blames the trend on destruction of the economy and inability to pay the armed forces to protect the people against politicians.

Despite this criticism, Nigeria runs a constitutional democracy with Presidential System of Government, a Senate and House of Representatives which is supposedly anchored on the rule of law. Rule of law encapsulates the true principles of democracy and ensures equality before the law. It is opposed to despotic juntas which have zero tolerance for the constitution. Under military rule, as we saw during the various juntas in Nigeria, civil liberties were suppressed because the country was ruled by decrees.

In constitutional democracies, the rule of law is supreme. That is why “majority have their way while minorities have their say.” The beauty of democracy is equality before the law (Nwogu, 2010). Experts have identified supremacy of the law and the principle of individual rights as basic principles upon which the rule of law in Nigeria is founded. While the rule of law is fundamental in advancing democratic principles, recently emphasis is placed on the protection of rights, ensuring inclusiveness governance and human development.

Sadly, the blatant disregard for this constitutional provision by leaders in the country who had openly sworn to uphold it is disturbing (John, 2011). Since 1999, the following factors have prevented the rule of law: Delegation-legislation which enables a government official to make lawful sanctions that abuse the rights of an individual or society when they are administered, special privileges and exceptions like immunity against the law which the President, Vice President, Governors, Members of the House of Assembly et al as well as diplomatic immunity which Diplomats and Ambassadors enjoy (Olawale, 2018).

Also, under Olusegun Obasanjo’s watch, extra-judicial killings were perpetrated in Gbaramatu (Delta State), Odi (Bayelsa State), Zarki-Biam (Benue State). He also arbitrarily declared a state of emergency in Plateau State and had a secret trial of Henry Okah. In addition, during his presidency, other hostile acts against the citizenry occurred. Under him, there was also a crack down on journalists particularly on Mid-Day News which attempted to expose the secret behind his foreign trips on July 06, 2002. On his part, President Musa Yar’Adua’s government failed to investigate and prosecute those responsible for extra-judicial killings in some parts of the Niger Delta in May and June 2009 (John, 2011).

The declaration of partial state of emergency by former President Goodluck Jonathan due to the Boko Haram insurgency in the North East was seen as an infraction of the law. Jonathan was also accused of interfering with the rule of law in a case which culminated in the suspension and eventual removal of the former President of the Court of Appeal, Justice Ayo Salami, who was believed to have stood firm against the perversion of justice and the abuse of power by the National Judicial Council (NJC) (Ehikioya, 2014).

Under President Muhammadu Buhari, personal residences of some serving judicial officers were invaded by security agents in Port Harcourt, Rivers State. In the same state, the premises of a High Court was invaded in May 2018. There are also issues around the non-compliance of government agents to court orders plus a growing contempt for court orders by the Attorney General of the Federation and other appointed and elected officials (Otobo & Obaze, 2018).

His administration’s inability to release the Former National Security Adviser, Sambo Dasuki and Islamic Cleric, El Zakzaky despite court injunctions is a case in point. Also, on 7th August 2018, there was an illegal siege on the National Assembly Complex by armed and hooded security operatives. By the same token, the bank accounts of Ekiti, Benue and Akwa Ibom States were allegedly frozen without recourse to the law (Otobo & Obaze, 2018). The reader would recall that the former CJN, Justice Walter Onnoghen was arbitrarily suspended and later removed.

To salvage the nation, the electoral law must be signed. We require a robust citizenship participation, respect for human rights, social dialogue and clear separation of powers and independence amongst the three arms of government. Based on the provisions of the United Nations, international and hybrid courts and tribunals and non-judicial mechanisms should be established. This should be consolidated with international legal framework of norms and standards which cover institutions of justice, governance, security and human rights, transitional justice and strengthening of civil society (Tommasoli, 2012).

Since human rights, goals and the rule of law are drivers of integral development, we must rely on capable hands and popular movements for dividends of democracy (Esiemokhai, 2019). Nigerians look up to esteemed members of the bar and bench to uproot high level corruption in government, lack of separation of powers, societal class, a broken justice system, tribalism, insecurity and insurgencies as well as poverty and ignorance. Unless this is done, the Nigeria of our dream would be a far cry. Happy birthday Nigeria! 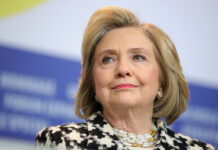