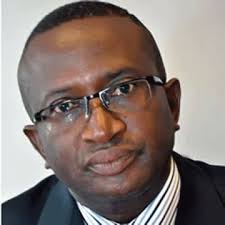 Former Governor Donald Duke (1999-2007) of Cross River South flagged off the power rotation deal, followed by Liyel Imoke from Cross River Central who dominated the affairs of the state from 2007-2015. When Governor Ben Ayade from Cross River North serves out his tenure in 2023, the zoning arrangement will berth in the South.

This is what the ex-NDDC chairman is trying to scuttle in a bid to pave the way for any strong aspirant from either the Central or Northern zone to steal the show.

But his gambit does not seem to be flying with Idagbo who is insisting that the zoning structure in the state will not be altered, pointing out that the next governor of the state will come from the Southern senatorial district.

Before defecting to the All Progressives Congress (APC) following a zoning arrangement that stopped him from returning to the Senate in 2015, Ndoma-Egba represented Cross River Central Senatorial District on the platform of the Peoples Democratic Party (PDP) for three terms.

According to him, rather than holding on to the zoning formula which in his view has failed the state, it was necessary to chart a new formula. ‘’I am calling for the jettisoning of the rotation formula for the governorship position in Cross River. What is needed at this point is competence in governance.

‘’I think we have come to that point where every zone in the state has tasted power. So, I think we should move beyond that now. Where we are now, it is competence that should be the key criteria for determining our next level in Cross River. There is no time other than now that we require competence for governance.’’

Ndoma-Egba is therefore, calling on politicians and elder statesmen in the state to come together to proffer a roadmap for the determination of who becomes the next governor of the state that is very ambitious to industrialise in 2023.

But Idagbo is maintaining that the state has a tradition which will not be altered adding that it is the turn of the southern senatorial district to take over the seat of the governor by the end of the current tenure of Ayade.

According to the federal lawmaker, ‘’in Cross River, we have a tradition of rotation of power and that is the only way Northern Cross River was able to benefit from the governorship Ayade enjoys till today because if there was no rotation of power, we in the North don’t have the numbers to ensure the governorship. If you look at the voting strength in the North, in the south and in the Central, you will realise that there is big disadvantage.’’

On Ndoma-Egba’s logic that the next governor can come from any zone provided s/he is competent since all the three power blocs have occupied the Government House, Calabar, Idagbo has this to say: ‘’I think that at the end of the day, we will follow the tradition and the governorship will come from the south. We know that the next governor after senator Ben Ayade will come from the southern senatorial district.’’