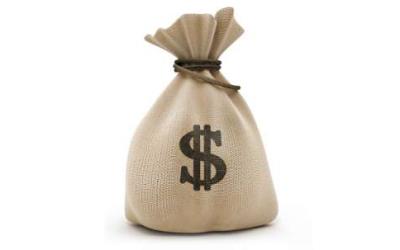 How many wealthy Africans do you know that have not spent his first thousands or million abroad? If he hasn’t, he is wise or has not made it big to impress. If he has a land or a house, the prodigal son would sell it to buy a ticket and visas. From cradle to grave: even when the rich die, the obituaries would list foreign hospitals where they were treated. Looking back, at the way wealthy Africans invested their lives and legacies in such areas as education at any level, houses, hospitals and children with laundered money abroad, they are indifferently impoverishing Africa.

The most painful are the rich children trained abroad by diminishing prospects for all youths in the same country depleted by their parents. Most of the hard work, perseverance, resources and funds spent to train them abroad yielded little returns unless they give back to individual African countries. Yet, most Africans abroad, except their children would like to retire and be buried at home. But what use is our dead bodies if Africa is only good as our cemetery?

God bless those that studied, worked hard and sent money back home to build projects, support relatives and friends. But most of the contributions abroad that could have saved Africa, were taken for granted there. Like their parents, they are told if they are that good, go contribute to Africa and make it livable for Africans at home and willing blacks in Diaspora that longed to live in Africa. Why make Western countries richer when you can create more opportunities; as our founding fathers did to free Africans?

Isabel dos Santos is another prodigal daughter declared wanted in Angola. It became obvious that, while we are bragging about some of the children that were able to obtain the best education money can buy in some of the world’s best private schools like Isabel, most are underemployed abroad. They seldom help parents or their countries except to assist in laundering opportunities. Education itself, like idle talent without use to achieve progress in Africa, is useless.

The spoiled brats are the ones that put their parents in senior or nursing homes and fight over their estates. Note the different behaviour between children that grow up with parents abroad and those that grow up in foster homes or with nannies could hardly bond with their parents. It means you paid dearly for children that do not take to your culture, speak your language and only come home on visits, to spend two weeks at home or at your funerals before they go back. You put them in Foster homes, they neglect you in Senior homes. Do me I do you!

When Hilary Clinton “discovered” – It takes a village to raise a child – in the United States, she was referring to the Africa she knew compared to American generation of – Me Myself and I. Well, privileged Africans have changed it and only care about their children raised in the Me generation world. Africans no longer invest in the future of our village children but launder their money abroad to Me Myself and I: kids, family and lovers.

Africans have always travelled, are very particular about Education as a ticket out of poverty or ignorance, and rightly so. Information and knowledge is a prerequisite for our development but it does not have to be unadapted, only foreign. Africans have passed down learning and family professions even before the establishment of Timbuktu Sankore University. So, making sure children are educated is not new. What is new is a system of education denigrating ours in favour of theirs. We willfully neglected our duty to sustain ours.

However, wealthy Africans are not seeking education to escape poverty. Our eagerness to obtain it by fake, hook or crooked ways is beyond reason. African billionaires donate unsolicited good money to European and American universities just to get Awards and honorary degrees while universities at home are starved of funds. Forced to go begging for local and foreign endowments.

One friend called the other in America telling him his son has been admitted to one of the universities but lacks foreign exchange to pay or see him through. He wanted the friend abroad to take a collateral loan on his house. Well, financial planners abroad always warn that unless the working class have a way of getting your pension or retirement savings back in kind from your children, they are better off taking student loans. If you are still secured in your old age, you can help them payback. Otherwise, you may end up in a poor house or nursing home abroad, because adult children will be too absorbed with their own family responsibilities to pay you back.

If they refused to pay back their own father or mother in cash or in-kind leaving her in senior homes, how will they pay back loans from their father’s friend? There are many good universities that are affordable in Africa but the lure of foreign colleges is irresistible. We could not leave Africa to looters and riff-raffs that took over the political system, then complained that they wrecked Africa.

Many Londoners came back home sober and retired because Africa reveres our elders. You can spot these retired Africans shopping in the local markets without their wives and children, stingingly pricing goods like the old days. They still look agile from the good healthcare they had but some stay away from the responsibility of new families. There are stories that some of them are targets for swindlers that want their pensions and savings from foreign countries. Unfortunately, it is not safe to live alone, especially the older ladies, as many have become victims of drivers, gatemen, house helps or accidental falls.

This fear contributes to the reason other retired Africans start a new family at home to make sure they have children that can carry on their side of the family tree. Otherwise, out of all the children your father and mother had, you will become the missing link that cannot show any offspring at home. When we were growing up, they always claimed their children were not around. We knew them as barren fellows: Okobo ki bimo si tosi. Mafo type!

Therefore, in order to reinvigorate their line of the family tree, they would start new families with younger blood. Any member of their new families in Africa that even try or get close to a foreign embassy looking for visas are disowned. They see it as a repeat of lessons learned, getting lost abroad. They insist new members of their families must find a college in African countries.

Even some younger Africans based abroad have decided their wives and husbands must be based in Africa. A friend banned the wife of his friend that kept on instigating his wife to ask for a vacation where their husbands were based. He branded the lady a bad influence trying to dislocate his new family. Well, the wives just wanted to be with their husbands or boyfriends abroad. The husbands, on the other hand, may not be stable, eking out a living, being modest to send more money home or may have oyinbo wives abroad planning to return home to African wives.

Whatever the case, old or young men and even ladies these days are coming to realize that it is easier to raise a stable family in Africa if they have the means than in Europe and America where 66% of black families are headed by single parents. https://www.actrochester.org/children-youth/single-parent-families-by-race-ethnicity The lure of “modern” life and foreign education in a hostile environment abroad are nightmares for most blacks or Africans in the Diaspora. Africans expect the good life abroad created for their own colour, not for you that longed to cash in. Even blacks there before Columbus cry out against injustice.

Where is your legacy? If you think that is discomforting, a few of the children at home are uncultured. They and their parents speak English, French or Portuguese to one another. Many of those wealthy youth at home are proud to patronize exotic tastes, even race cars and claim they do not understand their own local language. Shio o!

If some of the children abroad attend summer schools where cultural organizations and universities teach them African languages, especially when professional colleges require a second language; who are these homebred kids?

They trained us in schools based on Christian and Muslim ethics since they saw our culture as a competing threat with their missions.