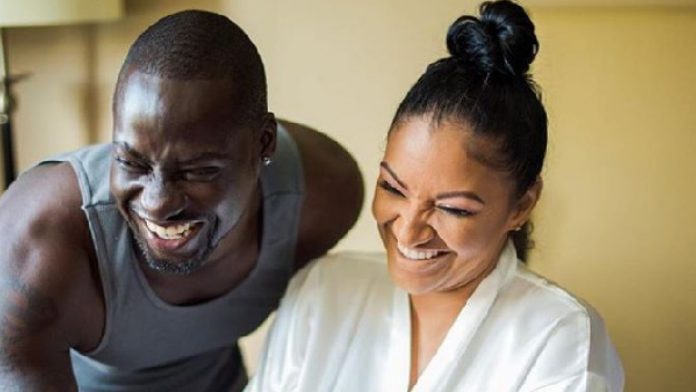 The wife of Ghanaian actor, Chris Attoh has been shot dead.

According to reports reaching us, Bettie Jenifer was fatally shot in the head by an unknown gunman in the parking lot of a Maryland office building.

Bettie had left the office in the 6300 block of Ivy Lane and was walking to her car when a man armed with a handgun approached her. When she tried to run away, the man followed her and fired at her multiple times, with at least one shot hitting her.

The gunman then fled in a vehicle and has since been declared wanted by the Maryland Police.

the police described the killer as black and having a thin build with black hair. He was wearing dark clot hinging and may have been in a blue car.

It can be recalled that the couple got married in Accra October 2018. This was shortly after divorcing his first wife, Nollywood actress, DamiloIa Adegbite, who he shares a son with.

Just last week, Chris Attoh sparked speculation on social media that their marriage was in crisis after he deleted all her photos on his Instagram page.