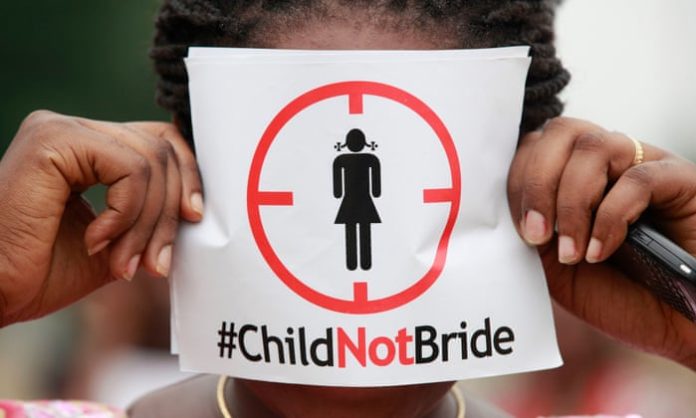 Child marriage is a marriage of a girl or a boy before the age of 18 and it refers to both formal and informal unions in which children under the age of 18 live with a partner as if married.

The reasons girls are married are diverse, parents sometimes believe that through marriage, they are protecting their daughters and increasing their economic opportunities. However, child marriage exposes girls to increased health problems and violence, denies them access to social network and support systems, and perpetuates a cycle of poverty and gender inequality.

Early child marriage is a violation of children’s human rights despite being prohibited by international law, it continues to rob millions of girls under 18 around the world of their childhood. Let’s look at the case of a 16 years old girl in Akure Nigeria, when she was 15, a Muslim cleric, Alhaji Yusuf Lateef approached one of his member, Mr and Mrs Olasunkanmi, in 2019 to seek her hand in marriage, despite the girls protest, her parents forced her to accept the proposal and a day was fixed for the marriage, this case was presided over by Justice Aderemi Adegoroye, who stopped the Muslim cleric, Alhaji Yusuf Lateef from taking the 16 year old girl as his 9th wife. According to reports, the court ordered the return of the girl to her family for proper care and education and warned Alhaji Yusuf Lateef to stay away from her. The girl in connivance with her elder brother Quadiri, fled their ore home on her wedding day and went to the ministry of women affairs, where she was sheltered and legal works began to stop the marriage. Alhaji Lateef and the girl’s parent were later arraigned at the family court for breaching part three of the 2007 Ondo state child rights law. The court eventually ruled that the girl be returned to her parents and Alhaji Lateef be made to sign an undertaking to stay away from her as well as ensure no harm comes her way.

This 16 years old was smart and lucky enough to escape being married as a 9th wife at an early age, a lot of girls never had an opportunity to be heard.

The consequences involved in child marriage are enormous; according to international women’s health coalition:

•Girls under 15 are five times more likely to die in childbirth than women in their 20s and face a higher risk of pregnancy-related injuries, such as obstetric fistula.

•Child brides are often unable to negotiate safer sexual practice and are therefore at higher risk of HIV and other sexually transmitted infection.

What is the Nigerian government doing to address this at the National level?

In 2016 the ministry of women affair and social development launched a national strategy to end child marriage. The strategic vision is to reduce child marriage by 40% by 2020 and end the practice entirely by 2030.

A technical working group on ending child marriage was formed at the end of 2015. The group is composed of over 30 members, including UN agencies and Girls, not bride members, and aims to raise awareness, encourage behaviour change, monitor and evaluates laws and policies.

In 2015, commonwealth countries (including Nigeria) adopted the Kigali Declaration, which sets out a framework for action by the national human rights institution on child marriage.

At the conference on the social protection of the girl child organised by Action Aid Nigeria, the Emir of Kano announced he would bring in renowned Islamic cleric from all over the world to discuss this issue at an international conference.

Child marriage does more harm to girls, children, the society and the nation at large. No child deserves to pass through torture in a man’s hand.

Child labour and child marriage, both are two sides of the same coin, it deliberately snatches childhood, leaving the child that’s within to die, maturity sets in before nature wants, not just the body but soul too carry scars.