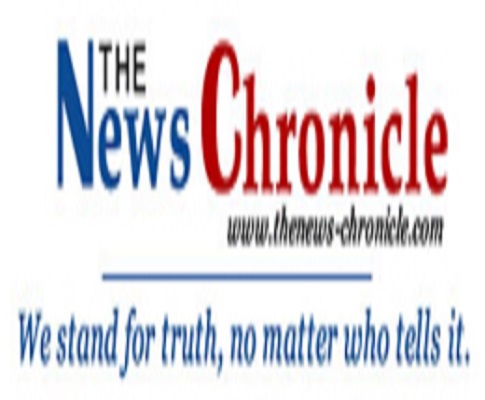 President Mohammadu Buhari (GCFR) presented on October 8, the 2020 Budget proposal to a joint session of the National Assembly. The presentation relatively came early this year, in what appeared a renewed bid to kick-start the budgetary processes in good time for the January to December calendar year.

The sum of N10.33tn is projected as expenditure. N8.155tn is the revenue the government anticipates, while the difference between the expected expenditure and the projected revenue, which evens up to N2.18tn will form the deficit. The oil price benchmark of the budget is US$57 per barrel, hinged on a daily production approximation of 2.18 mbpd, and a projected exchange rate of N305 per US Dollar.

The presentation of the budget followed the passage of the 2020/2022 Medium Term Expenditure Framework (MTEF), and Fiscal Strategy Paper (FSP) by the two chambers of the National Assembly-the Senate and the House of Representatives.

With the presentation of the Budget proposal, the executive arm of government has now passed the buck to the legislature in the new bid of the two arms to ensure the budget cycle is in tandem with the Gregorian calendar year.

We need to note however, that there is nothing sacrosanct about compliance with the Calendar year. What matters most is fidelity to the details of the budget, in addition to transparency and accountability. Not a few countries, including the United States, Canada, the United Kingdom (UK), and Japan, amongst others, run budget cycles that are off the Gregorian calendar year. Even so, their economies are above average.

Though the budgetary sections of the  1999 Constitution of the Federal Republic of Nigeria (as amended), especially  Sections 4, 59, 80-82, and including some laws like  Finance (Control and Management) Act, CAP F26, LFN 2004 and  the Fiscal Responsibility Act, 2007, envisage the January to December Calendar year, we have since deviated from the cycle.

The deviation has led to periodic irregularity, which is inimical to proper economic planning. Government’s renewed effort at remedying this is therefore a welcome development. The government’s focus should nevertheless not only be on timing, but also about accountability, transparency and value for money in the generation and application of public funds.

Beyond the figures is the need to focus on a couple of things: First is government’s attitudinal disposition to budget proposals. How prepared are we to implement the budget, even with its imperfections? Recent estimates show that budget implementation has never exceeded 30% in the last couple of years.

Second is the philosophical outlook of the budget proposal. Unlike the pattern in the past, the present outlook seems isolated and unmindful of frameworks like the Sustainable Development Goals (SGG), the New Partnership for African Development (NEPAD), the National Economic Empowerment and Development Strategy (NEED) and the global continental mindset geared towards poverty alleviation.

Past governments have relied on these frameworks to design symbolic development plans to guide their programmes and actions. We recall the 7-Point Development Agenda of late President Umar Musa Yar’adua and the Transformation Agenda of former President GoodluckEbele Jonathan. Though we do not expect the administration to be patterned after the past, we however wish there would have been a better consideration for well thought out frameworks, relevant to fiscal proposals, other than the arithmetic details in the MTEF/FSP documents.

Third is the heavy recurrent expenditure in the proposal. It is trite to say that development is a product of capital spending – as against the temporariness of the recurrent. Capital expenditure implies infrastructures, utilities and amenities, indicating sustainable growth. Having recurrent at 70% with Capital at 30% is unacceptable. This has to be redressed in the interest of a holistic development.

And closely related to inappropriate income and expenditure projection is the weight of borrowing in the budget; N2.45tn will be spent for servicing outstanding debt, while another N2.18tn will be borrowed for the 2020 budget. This last amount is also hardly realistic considering the assumptions of the budget around oil benchmark, exchange rate, and tax revenue that are all very volatile, fragile and unpredictable. These could all put the budget on a tailspin, leading to further borrowings. The nation can obviously not continue on this path. To resolve the foregoing, first we need to diversify our economy, away from dependence on oil revenue. Second, we have to curb waste and corruption in reality, not just in rhetoric, to pull back funds for proper development. This will require the strengthening of anti-corruption and transparency agencies like the Economic and Financial Crimes Commission (EFCC), the Independent Corrupt Practices Commission (ICPC), the Bureau of Public Procurement (BPP), for a productive and efficient delivery on their mandates. Third, leadership at all levels must be much more responsive and visionary, as against the present culture of self-aggrandizement.

President Buhari’s administration is in its second and final term in office, meaning that its policy options, including budget proposals, must be designed in such a way as to leave a lasting legacy.

Nigeria wobbling in a tsunami threat 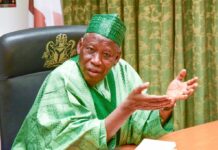 Insecurity and Nigeria’s Circle of Chaos

The man from Katsina