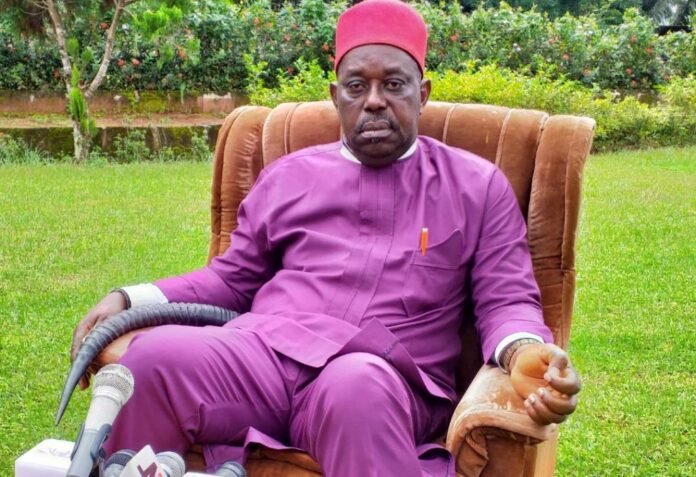 According to the group, it is a right to the Southeast zone and not a privilege to get the presidency in 2023.

Speaking to newsmen after their meeting on Tuesday, the Anambra State Ohaneze President, Chief Damian Okeke-Ogene said the leadership of Ohaneze has not mandated anyone or group to pursue the actualization of the Sovereign State of Biafra but Presidency of Igbo extraction.

He revealed that some youths within the territory that make up the defunct Biafra Republic were restive and had made case for Biafra’s restoration because of the gross marginalization of the zone.

“We are pursuing Igbo president because the executive of Ohanaeze led by Chief John Nnia Nwodo has the mandate of Ndigbo to negotiate the Igbo position in Nigeria. He wasn’t given the mandate to agitate for the Sovereign State of Biafra. That’s why we are saying, give us what is due us and Nigeria’s president of Igbo extraction is what we are looking for.

“The other aspect championed by the Indigenous People of Biafra (IPOB), is because our children have seen that Nigerians are not ready to give us what we want; we the elders. They are now saying that if you’re not going to answer my father, I am going to tell my father that I am going to be myself. They are two different things. Let me tell you, it is coming to a point that Igbo presidency is becoming a right, no more privilege because it is only the South East that has never tasted the presidency and we have been voting for everybody,” Okeke-Ogene said.

The Anambra Ohaneze President expressed the belief that if the youths are sure that Nigerians will hear Ndigbo in 2023, they will calm down.