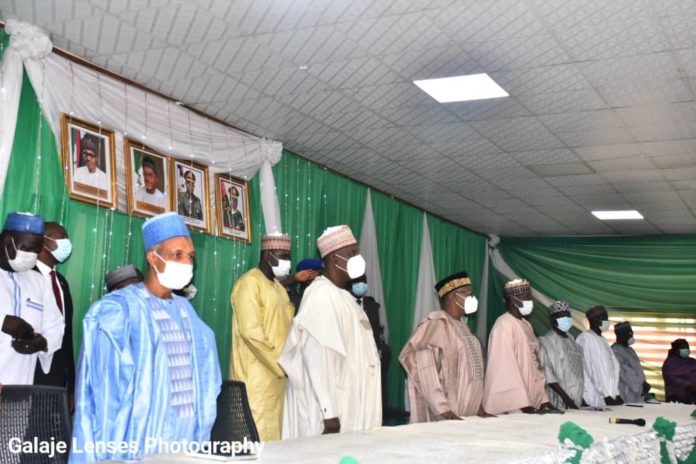 Bauchi state governor, Bala Mohammed has stated that the local government polls earlier scheduled for June had been postponed due to the COVID-19.

Bala Mohammed disclosed this on Tuesday during a crucial meeting with Caretaker Committee Chairmen of the twenty Local Government Areas of the state at Command Guest Bauchi.

On the expiration of the tenure of Local Government appointed Chairmen, Governor Mohammed sought for the approval of the State House of Assembly for extension of their tenure and lamented that the outbreak of coronavirus disease has affected the plans of the state government for the conduct of the Local Government Election, assuring that the election will be conducted under his administration.

He directed the Caretaker Committee Chairmen to ensure total compliance with the order, saying that the decision is to reduce the increasing rate of infection in the state which is as a result of the increase of people coming to the state with the coronavirus cases and the plans of some businessmen in the state to go to Kano for business activities.

“Henceforth, no trading, visitation or any social activities should be conducted with anybody outside Bauchi state. As chairmen of local governments, you must work to ensure compliance with this order. As a government, we have formed a functional local government committee whose sole responsibility is to sensitize the citizens and ensure surveillance at the same time, locking borders at their domains.

“These committees must work to protect citizens of the state from the prevalence of this dangerous virus. Our case in Bauchi has risen to 80 fresh cases and not index cases, this is a result of the people who are coming into the state.

“I sympathize with the Government and people of Kano state because of the number of people in the state who have died recently, we must work together to prevent ourselves from this pandemic,” he said.

The Governor directed the Caretaker Committee Chairmen to manufacture face masks for onward distribution to their people as part of measures against contracting coronavirus disease.