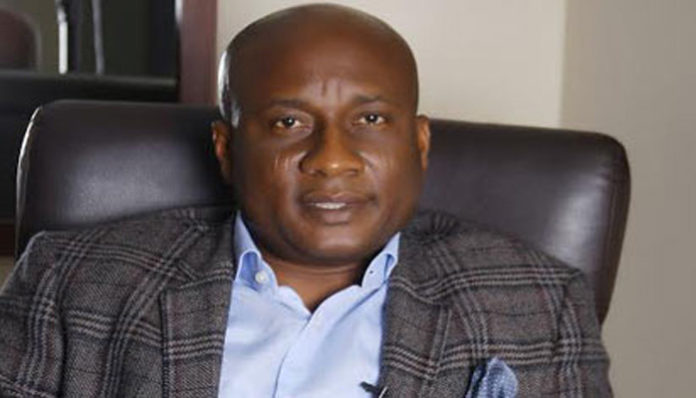 Many African billionaires on the Forbes List are sleeping with one eye open these days because of Allen Onyema of Air Peace transactions. The gang of Dangote, Adenuga, Tinubu, Innoson, Dantata brothers, Danjuma and many members of Panama Club whose names have not been published. So, they are nervous. They are not limited to Nigeria. Equatorial Guinea may be one of the prominent ones, but we have them in Kenya, South Africa and Ghana too.

When they are caught abroad, they start blaming their village people. Only losers fight along ethnic lines for cash launderers and schadenfreude that thrive at the misfortune or failure of Africa by validating their success that gave them happiness at the expense of those in abject poverty. They are the kings on the hills everyone looks up to but never realize that their riches come from your subjugation. Africans enslaving Africans with the support of ethnic sympathy.

Ethnic enablers of these Prodigal “Akotileta” continue to excuse their chicanery by claiming every business man worldwide do the same and Africans are discriminated against in the same foreign countries they love to launder money so much. If every businessman laundered money like Africans, America and European countries would be the face of world poverty.

How many crooks do you know that are bent on paying any price, even jail time abroad to deplete all the foreign income of their countries just to get high for appearing on the Forbes List?

We must look into the mirror today and see who are the enemies of Africa. Gold became our albatross attracting every stinging bees to our Continent century after the Queen of Sheba and Mansa Kanka Musa boasted to the world.

It is not how much profit, loot or how we make it that matters at a certain point in life; but what we do with the gains or profit we cannot take to our graves. Africans cannot claim they have never been rich now or in the past. The consequence of their avarice pushes the whole Continent to the bottom as the poorest people on earth: an example of wasted opportunities. We used to be our brothers’ keepers. We abandoned – it takes a village to raise a child. In view of exploited enormous resources, we can no longer justifiable blame invited co-conspirators.

Many have wondered why many rich African business men have not been able to pass on their skills to their children or expanded their business beyond the family house. The answer may not be far-fetched if we know how we copy American Investment Portfolio manager Robert Madoff, operation of Ponzi scheme. Like African money launderers, it was a pyramid without foundation. Madoff destroyed his family, disappointed those that invested money and trusted him, holding empty retirement nests; as Saraki’s Societe General. These scrooges led a Continent to poverty.

Their businesses are decoy to export our products and services bought cheap by the same foreign countries. Here we are, crying that we only get a fraction of what our resources are sold for in retail markets all over the world. Foreign Co. pile their profit on wrappings, advertisement, packaging, middleclass jobs, transportation while the last cents are given to Africa where they got the real products from. Yet they claimed cocoa farmers and other workers live on less than $2.00 a day. This is even less than what they paid us back for our products and services.

Since crude oil was exported out of Nigeria in the 80s, all the conditional agreement that was put into place if world price increased from $20.00 were never implemented as the price of oil went above $100.00 creating unbelievable windfall profit for oil companies with little crumbs to bribe their boys that kept quiet. Are we so naive or unscrupulous that individual Nigerians willingly conspired against their own Country with oil companies?

However, what good is your gain or profit if it is not invested in Africa to multiply middleclass   jobs for the benefit of Africans rather than guiding the financial interest of foreign shareholders that intentionally use you as tools of oppression to subjugate your own people. Africans main trading partners are not Africans but those overseas in countries that live on Africa exploitation. African business men need them as partners to launder their spoils into abject war against us.

Africans business men turned national treasures and foreign income into winners take all. The winners call themselves first finders of loot. Finders are keepers while the rest of us are losers’ weepers. Indeed, many but not all so called declared or undeclared Billionaires are compulsive reverse Robinhood. They are closer to Ali Baba and the Forty Thieves without any conscience, calling on foreigners that our foreign reserves are open for looting: Open Sesame!

What do they do with the money laundered? They first pay exorbitant fees to lawyers and accountants that help them hide blood money in legitimate banks, offshore companies in the Caribbean countries, buy humongous houses attracting high taxes for schools and roads they refused to build or maintain in their own countries, put in orders for exotic cars parked in houses where girlfriends and house-helps enjoy one another. Each time they jet out of Africa, they check their accounts with a smile of a job well done.

South Africa is calling on Government to use private foreign lawyers to get back laundered money like Nigeria but the commission by outside lawyers alone to retrieve Abacha’s loot were paid to inside and outside lawyers. Companies hardly make profit in Africa for 60 years, unlike in their own countries where they provide middle-class jobs and pay taxes no matter how much tax break they get. Shell and Eni’s scandal-plagued oil deal alone deprived Nigeria of $6bn.

Some estimated that about half a trillion to a trillion dollars have been looted through money laundering and other means from Africa. Yet, the same countries cry about their tax in foreign aid that force African countries to buy their products and services including bottled water.

We have successful businesses before Independence and individuals whose basic local products exported might not bring in as much foreign profits. But they cannot compete today as local businesses with individuals who deplete the lion’s share of our foreign reserves for doing nada. If these forex millionaires and billionaires do not get their ways, they threatened retrenchment of workers or pull out to other African countries they can exploit even more.

We must wonder why foreigners grade free and fair market as the most suitable place to do business in Africa. To maximize profit for them or African countries? Indeed, Ghana Gold Mine was sold to foreign investors to generate profit, not for Ghana but Foreign Portfolio Investors.

If you look at the way our natural resources in each African Country were “liberalized” into free and fair market for grabs for foreign Portfolio Investors, you cannot help but wonder what expertise an offshore empty shell company like Process and Industrial Development (P&ID) had to convert crude oil flared into gas energy that no African could negotiate with oil companies.