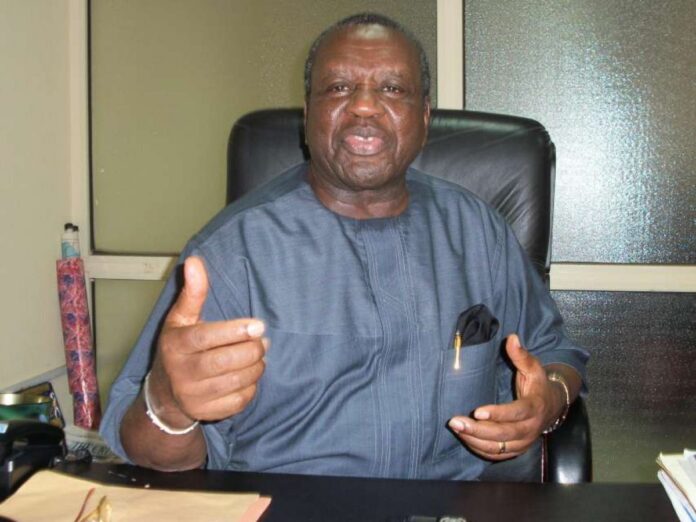 Apparently piqued by the malfunctioning Buhari administration, some concerned leaders have started to fire at the present presidential system of governance.

For former Governor Victor Attah, who dominated the affairs of Akwa Ibom State from 1999 through 2007, ‘’what Nigeria needs is a rebirth.’’  According to him, the present presidential system of government the country operates was the cause of her failure, and requested that it be scrapped.

Attah who was an apostle of resource control during the Olusegun Obasanjo presidency, is insisting that the problem of Nigeria is more of foundational than governance, and as such, he is calling for the scrapping of the current presidential system to be replaced with the parliamentary system of democracy.

He was speaking against the backdrop of the ongoing EndSARS protests that is ravaging Nigeria, Africa’s most populous country.

He is maintaining that Nigeria was better off when it operated a parliamentary system of government as the regions were autonomous, controlled their resources, had their own police and only contributed to the central government.

Pushing for a return to a parliamentary system, Attah says it suits the country better, and that the system will allow the citizenry choose their representatives based on performance and not selection on party basis or godfatherism, and that it will also solve the problem of tenure entitlement.

Continuing, he said the old Eastern Region was known for its oil palm industry, the Ijaw for mining, the Western Region for cocoa, and the Northern Region for groundnut. ‘’Nigeria has remained one because her leaders chose to keep the then regions as one before the country became independent in 1960.

“It goes beyond governance. If you bring angels, (and I’m not blaspheming) to operate the system we have today, it would fail. The system is one that cannot succeed.

“I call it rebirth. I want Nigeria to be reborn. Let’s give it a new birth, let it become what it was always supposed to be: a federal system and preferably, I say preferably because some people still feel enamoured with this Presidential system, I am not.

“The presidential system has become very oppressive. It seems it is in our nature to feel once you win an election, you are a conqueror, so you behave exactly as you please, nobody can talk to you, you don’t have to see anybody and that’s what is happening and we abuse it.

“You are a Prime Minister because you are elected from your small enclave and the whole country sees that you are good, and they insist you become prime minister. That system is what suits us now”, the ex-governor says.