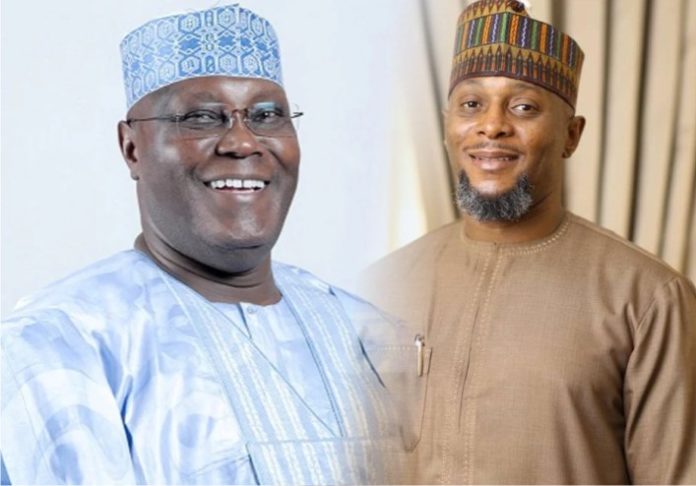 Adamu Atiku Abubakar, first son of the former Vice President of Nigeria, Alhaji Atiku Abubakar has denied saying his father will contest for the presidency in 2023.

Adamu who is the current commissioner of works and energy in Adamawa State said the media misquoted him in the interview he granted journalists last week in Yola.

Adamu stated that his father is his lifetime mentor and a friend who aspires to be whatever God has purposed for him to be in this world.

“The journalists totally misquoted me and that was not what I meant.

I was trying to draw a distinction between myself and my father’s political stand where I told them that currently, I’m the commissioner in charge of the Ministry of Works and Energy coming from a private sector, in which by any standard I see myself as a politician and can contest for any position I want to contest for, whether my father will contest or not,” Adamu said.

He inferred that he comes from a political family with his father having carved a political niche for himself, constitutionally, he has the right to contest under whichever condition.