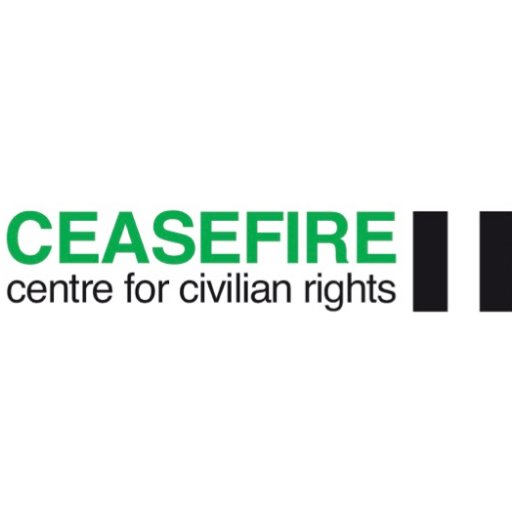 Piqued by the fact that many civilians in Iraq, Syria, Yemen, and South Sudan are suffering from the use of explosive weapons in populated areas, the Ceasefire Centre for Civilian Rights has drawn up guidelines to support a strong political declaration on explosive weapons in a bid to improve civilian protection.

The Ceasefire Centre for Civilian Rights is, however, an initiative to develop ‘civilian-led monitoring’ of violations of international humanitarian law or human rights, to pursue legal and political accountability for those responsible for such violations, and to develop the practice of civilian rights.

At the Vienna Conference on Protecting Civilians in Urban Warfare last October, participating states supported the initiative of a political declaration aimed at strengthening protection for civilians from the use of explosive weapons in populated areas, and a series of international consultations to draft the declaration are currently taking place.

Here are the Ceasefire’s guidelines:

The political declaration should avoid undercutting or diluting existing legally-binding obligations, or appearing to shift rules from the realm of obligations to that of ‘good practice’. The civilian death toll from the use of explosive weapons in populated areas is due first and foremost to a failure to implement existing international law duties, including (but not limited to) those under the Geneva Conventions and their 1977 Additional Protocols, the Convention on Certain Conventional Weapons, the Chemical Weapons Convention, and customary international law.

The declaration should reiterate that legal limits applicable to military operations include not just international criminal law standards on avoiding war crimes, but also the complete range of legal obligations on the conduct of hostilities, including the duty to take precautions in attack. Parties to conflict often assert that attacks are lawful because they do not intentionally target civilian objects and any expected civilian damage is proportional; however, they frequently violate the duty to take all feasible precautions to avoid or minimize civilian harm and/or deploy unguided bombs or projectiles or other explosive weapons with wide-area effect in populated areas whose effect is indiscriminate.

Consideration of the effects of explosive weapons in populated areas should be undertaken in the context of the wider military operation(s) of which they form part. Most civilian deaths and damage to civilian objects in recent conflicts have occurred in the context of sieges, including those in Aleppo, Eastern Ghouta, Raqqa, Mosul, Hodeidah, Taiz, Donetsk, and Marawi. Explosive weapons are extensively used to lay and enforce sieges, frequently trapping large numbers of civilians in besieged areas, and in attempts to capture besieged towns and cities.

Operational policies to limit the humanitarian impact of military operations in populated areas should address factors which have led to higher than expected rates of civilian casualties in recent conflicts, including:

The declaration should recognize the value of local civic and civil society efforts, including civil defense organizations and those facilitating the voluntary movement of displaced persons, and emphasize the need to avoid obstructing, criminalizing or politicizing humanitarian action.

The declaration should reiterate that parties to the conflict, including but not limited to parties on the ground, have a duty to carry out or otherwise facilitate effective, prompt, thorough and impartial investigations into civilian deaths and award reparation to civilians who have suffered violations.

Where parties to a conflict are unable or unwilling to implement the above provisions, there should be a presumption against the use of explosive weapons in populated areas.