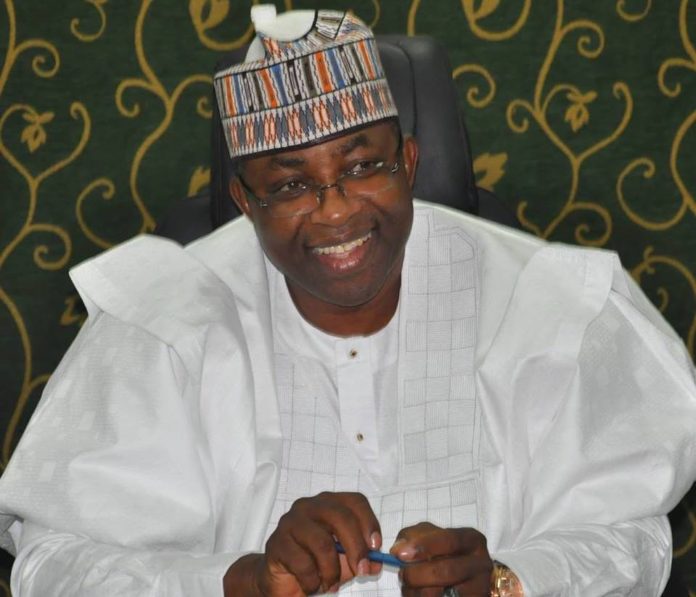 The Bauchi State Coalition against Financial Crimes and Injustice BACAFCI has dragged ex governor Mohammed Abubakar and his officials before the Economic and Finacial Crimes Commission EFCC over an alleged supply of fertilizer deal worth over N2 billion without due process.

The Chairman of BACAFCI, Bibi Dogo, stated this in a statement, which was made available to newsmen in Bauchi on Monday.

According to the statement, going by available records at their disposal, on the 18 August 2016, the Bauchi State Agricultural Supply Company BASAC confirmed that it only received 73,197 bags of fertilizers from three companies for the 2016 farming season.

“Another company known as El Abbas universal supplied 109.99 trucks, but the memo claimed that it was 323.29 trucks fertilizer with over 200 trucks added while for MBBS Merchant Limited, the number of trucks was inflated from 11 trucks to 100 trucks and the money inflated was paid,” the statement read.

The group faulted the manner in which the contractors were invited via an intent letter just to defraud the state, thereby diverting funds without a budget nor the approval of the procurement bureau and due process office.

It further alleged that the price of fertilizer per bag was inflated from N6,100 to N7,200 in the memo which the governor approved, adding that there was no due process certificate for the 400,000 bags of fertilizer for the 2016 season at the cost of N2.8 million.

The statement said that from the memo sent to the governor, it was stated that the fertilizer company in the state reduced the 2016 fertilizer from 20,000 metric tonnes to 15,000 metric tonnes that is equivalent to a reduction from 400,000 to 300,000 bags, but the memo presented an estimate of 2.1 million for 314,514 bags which the ex-governor did not cross-check the details before giving his approval.

The group also alleged that one Mallam Sule Ningi in the purported deal, collected over one billion naira payment cash, which is contrary to the money laundering act that puts the limit of money collected by an individual to five million naira, saying that the aim of the dubious act is to pocket the balance of the inflated money.

When contacted, top officials of the Ministry of Agriculture during former governor Abubakar declined comments, saying that they will not respond to all the allegations at the moment as the said documents are now at their disposal, adding that they carried out their duties with integrity and followed all the due processes while in office.

“This financial group are bent on challenging past administrations. They have indicted former governor Ahmadu Mu’azu, Isa Yuguda, Mohammed Abubakar. Maybe tomorrow, they will accuse Governor Bala Mohammed Abdulkadir over such allegations,” they said.