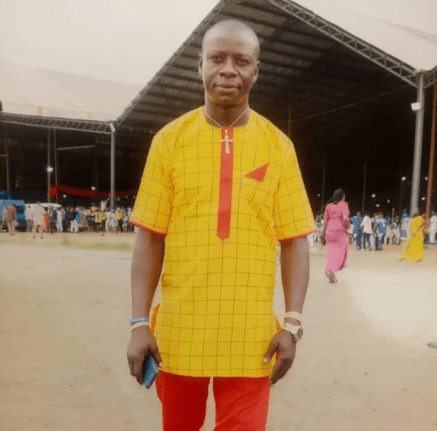 It was a scene that provokes emotions as the remains of the Portharcourt mechanic, Late Chima Ikwunado who allegedly died from torture in police detention, underwent autopsy.

Father of the late Chima and other relatives who were called to identify the body, had cried out in deep agony when they saw the condition of the corpse.

Other members and friends of the family who were not allowed in, on hearing the sound of wailings, started chanting that the autopsy is cancelled as it was evident from the physical examination that the late Chima died as a result of torture.

Only about 12 persons were allowed inside the mortuary for the postmortem and they included the Police pathologist, the family pathologist, the Investigative Police Officer (IPO) in charge of the case, family members, three out of the four Ikoku traders initially detained alongside the deceased, lawyers and human rights activists.

Speaking after the exercise, the Chairman of Rivers State Civil Society Organizations, Georgewill Enefa said what one of the Ikoku 4 narrated about their horrible experience in police detention was true, considering the condition of the deceased’s body.

Meanwhile, the result of the autopsy conducted on the late Chima will be released within 10 days, Police Pathologist, Musa Stephen revealed to the deceased’s relatives.

At the conclusion of the five-hour exercise held at the mortuary or University of Portharcourt Teaching Hospital, Stephen explained that the time-lag is to ensure that they do not work under pressure.

According to him, “I want to assure that best practices are being followed and the autopsy will reflect the true state of things that led to the death of late Chima. No incision or cut was seen on the body to show that there was a previous autopsy done on the body.”

On his part, the Pathologist engaged by the deceased’s family, Cornel Chukwuegbu said only one result will be tendered at the end of the ten days, as it will be an abuse of profession to tender two results on the same case unless there are issues the between pathologists.

He, however, pointed out that he will authenticate the autopsy report before it is made public.

It is hoped that the expected media briefing on the matter by the Rivers State Police Commissioner will hold when the autopsy report is out, according to the Command’s Public Relations Officer, Nnamdi Omoni.