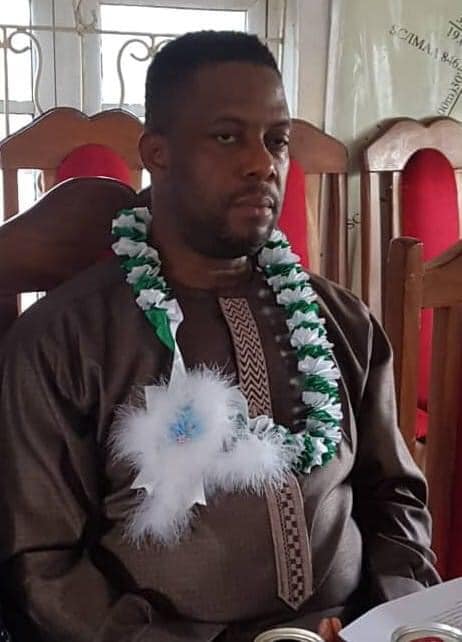 Anambra State Government has vowed to work with security agencies to apprehend those responsible for the death of one of its appointees, Azubuike Ekwegbalu who was murdered over the weekend.

Ekwegbalu who was the Senior Special Assistant to Governor Willie Obiano on Security was murdered in cold blood on Sunday at his residence in Awka and speculations were rife that the act may have been committed by a female acquaintance.

The State Police Command had also yesterday announced that it has arrested a suspect in connection with the murder although no names we mentioned, fueling the speculations.

But a statement issued on Monday by the Commissioner for Information and Public Enlightenment, C-Don Adinuba appears to quash the insinuations that the deceased was murdered by a female acquaintance.

Adinuba said the death of Ekwegbalu, was suspected by the Police to be a case of homicide.

According to him, this is because the late Ekwegbalu “had in the last few months, devoted his infectious energy and acute professional intelligence to monitoring cults in various parts of the state, following an increase in the menace of young cult members in educational institutions and elsewhere.”

The statement read; “Anambra State Government announces with great sadness the death of Mr Azubuike Ekwegbalu, Senior Special Assistant (SSA) to the State Governor on Security. The Police suspect his death may be a case of homicide.

“Mr Ekwegbalu was a thorough, quiet, unassuming, energetic and dedicated security official whose forte was intelligence gathering. To carry out his duties faithfully, effectively and efficiently, he kept a low-profile in the public space throughout the years he was in office as the SSA to the Governor on Security.

“He was not known to most government officials and declined the use of any paraphernalia that could give him out as an intelligence operative.”

Adinuba observed that the results yielded by the undercover activities of the late Ekwegbalu have been outstanding.

“Mr Ekwegbalu’s tragic death is a serious setback to the fight against the cult menace and crime generally in the state. His death was reported accordingly to Governor Obiano, and he has, in turn, contacted the Azubuike family and commiserated with them,” he said.

The Information Commissioner revealed that the State Government working with the security agencies will do everything in its power to apprehend those responsible for Mr Ekwegbalu’s death.

“As we have successfully done over the years in similar deaths, we will apprehend the perpetrator of this evil act. The Government assures all Anambra people, once again, that it will stop at nothing to make the state remain the safest and most peaceful state in Nigeria,” the statement concluded.