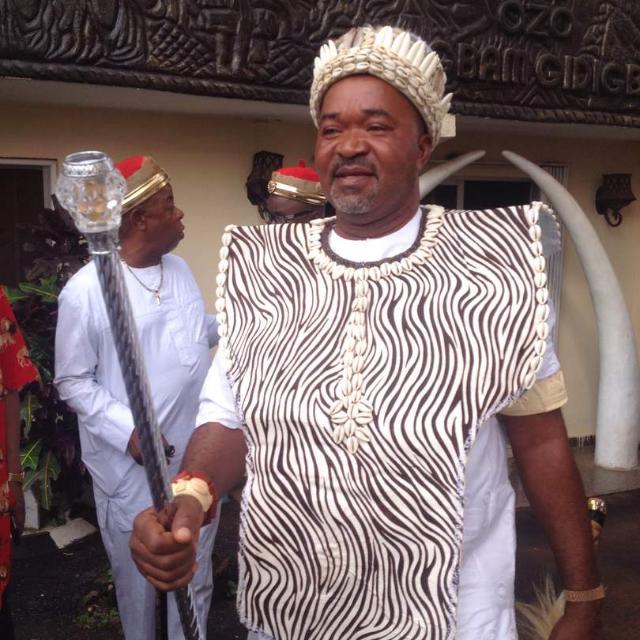 A factional traditional ruler of Awka Kingdom, Dr Austin Ndigwe has denied some demeaning statements against Anambra State Governor Willie Obiano, attributed to him by a National Daily, threatening to sue the outlet.

The Sun Newspapers had on Sunday, published a story where it quoted Ndigwe as saying that the Obiano administration plans to make traditional rulers in the state puppets that can be controlled to do his bidding at all times and that the monarchs should enjoy the liberty of choices too.

A video clip made available to TNC had shown Ndigwe make unfounded statements against the government in the company of Oil Magnate, Prince Arthur Eze, who had in recent times, openly accused Obiano of underperformance.

But in a phone interview with our correspondent on Monday, Ndigwe claimed he only said nobody can intimidate him out of the throne, claiming he was quoted out of context by the journalist.

He further said he also urged the State Government to do more in giving Awka a befitting look as the state capital.

“I will to sue the paper for attaching my personality to such a malicious and misleading report. The report, contained in Sunday’s (August 9, 2020) edition of the paper, insinuated that I was part of a team of some traditional rulers from Anambra Central Senatorial Zone on a tour to Abuja and out to impugn the reputation of the Governor of Anambra State.

“I only said that nobody can intimidate me as the traditional ruler of Awka kingdom because I was duly elected by my people. I made it clear that I remain the King of the town,” Ndigwe said.

The self-acclaimed Awka King denied claims that he was on the said trip with some traditional rulers to Abuja to see President Muhammadu Buhari to run down Governor Obiano, stating clearly that he was in Awka.

“What is my business with other traditional rulers? What is my business with those of them that went to Abuja? I am here in Awka. I am appealing to the government to facilitate more meaningful development projects in the city. I do not know why people cannot for once be straight forward. I will sue Sun to redeem my name,’’ Ndigwe said.