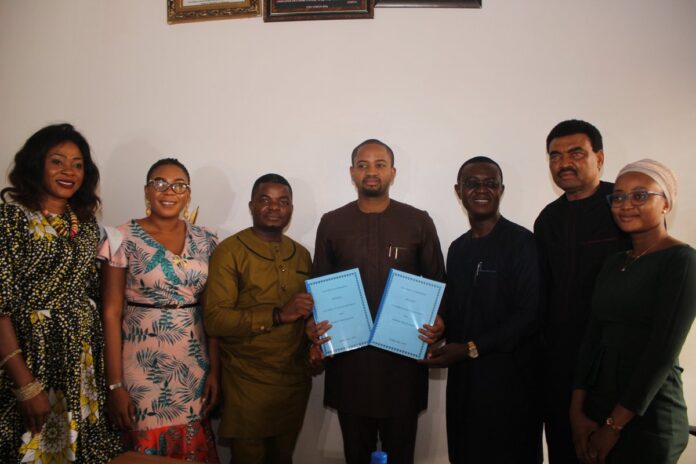 Anambra State Government over the weekend held a Stakeholders Consultative Forum to garner inputs into its draft budget for the year 2021.
The meeting put together by the Ministry of Economic Planning, Budget and Development Partners in Awka, was attended by Heads of various Ministries, Departments and Agencies (MDAs), State Budget Team, representatives from the Civil Society Organisations, Manufacturers Association of Nigeria (MAN), State Traders Association, Persons living with disability and Youth Associations.
Other partnerships included not less than 300 development partners including World Bank, State and Local Government Reform (SLOGOR) Project and Department for International Development Partnership (DFID).
The rest are State Fiscal Transparency Accountability and Sustainability (STFAS) Programme, the Nigerian Governors’ Forum and other development partners who joined the forum virtually via zoom.
Mark Okoye, Anambra State Commissioner for Economic Planning and Budget in his presentation on the Medium Term Expenditure Framework covering the 2021-2023 and 2021 Draft Capital and Recurrent Budget Estimates, said that the 2021 draft annual budget expenditure outlay, other things being equal is estimated at N140.8 billion.
“There is an increase in the 2021 budget size, of N25.9 billion from the 2020 revised budget of N114.9 billion, representing an 18.3 percent increase.
“Further breakdown shows a recurrent expenditure estimated at N52 billion, representing 37 per cent of the budget size.
“While the capital expenditure is estimated at N86.24 billion, indicating 63 percent of the budget size, thereby implying that significant funds will be channelled to capital projects in critical sectors of the economy,” he said.
The Commissioner revealed that personnel cost was estimated at N18.0 billion in the 2021fiscal year compared with 2020 revised budgeted figure of N17.4 billion.
“This figure accommodates new and important hires into the Civil Service, such as the replacement of retired teachers, promotions and the projected salary increment in line with new minimum wage.
“Total overheads are estimated at N22.0 billion for the 2021 fiscal year. This figure accommodates the provision of the subvention to new MDAs and other associated costs.
“Social benefits and contributions including (pension, gratuities and group life insurance are projected at N12.0 billion in 2021 compared to N10.4billion as revised in the 2020 budget,’’ said Mr Okoye.
He explained further; “In contrast, total budget revenue for the fiscal year 2021 is estimated at 130 Billion broken into N46 billion from the statutory allocation, N20 billion from Value Added Tax.
“While 36 Billion is targeted from Internally Generated Revenue, N0.68 Billion from Excess Crude/other Revenue, N10 billion from grants, N10 Billion from another capital receipt.’’
For debt financing, Okoye said the state provided N11 billion in domestic debt financing comprising, single-digit concessionary programme lending for interventions in Agriculture, Manufacturing and Youth Entrepreneurship.
He drew special attention to draft 2021 capital expenditure of key MDAs, affirming that N35 billion has been earmarked for works.
“As the 2021 budget will be the last full fiscal budget year it will implement, the state government is prioritising the completion of critical projects across numerous sectors of the economy.
“Then, N15.6 billion has been earmarked for the Anambra International Cargo Airport and N18 Billion for the completion of strategic roads and bridges,’’ he said.
Okoye emphasised that the state would focus at ensuring the improved fiscal sustainability by increasing its Internally Generated Revenue.
He said the state was committed to diversifying the economy by prioritising investments in Health, Education, Agriculture, MSMEs, Youth Empowerment and Tourism that would help to cushion post-COVID-19 pandemic hardships on people of the state.
For her part, the Anambra State Project Coordinator of the European Union Rule of Law and Anti-Corruption (EU-ROLAC) Programmer, Ms Josephine Onah, said that it was important for an increased capital expenditure allocation to the Law and Justice sector.
The Chairman, Civil Society Organisations (CSOs) in Anambra State, Prince Chris Azor on behalf of the group, commended the State Government for organising the forum.
He expressed appreciation for the public procurement law instituted by the State Government and hopes that the 2021 draft budget speaks to the needs of critical sectors.