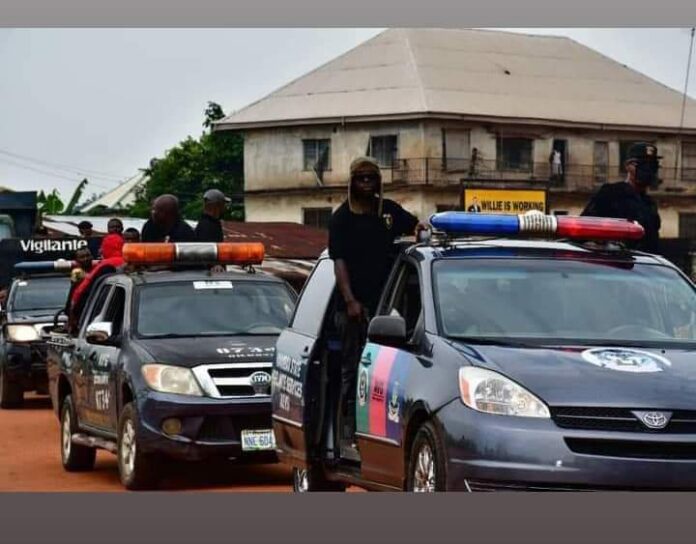 Following the spate of attacks on government property and private businesses as well as the looting by hoodlums, that later ensued during the week across Nnewi South and Ekwusigo local government areas of Anambra State, Nzukora Nnewi has mobilised its youths and the Vigilante group in readiness against the invaders.
Their action is in line with the call of the Anambra state government on every community to activate their internal security system and ward off the hired criminals that are causing mayhem in the state.
Central Police Station, Nnewi and the Police Stations at Ukpor, Amichi and Osumenyi were among those burned down by hoodlums in the guise of protesters, while the Divisional Police Officer in charge of Osumenyi and some police officers have been confirmed killed in the violence.
In a show of force to demonstrate their readiness Sunday morning, the members of the Anambra Vigilante Services (AVG), Nzukora and others patrolled the streets of Nnewi to showcase their capacity to defend their town from further attacks.
Meanwhile, the Governor of Anambra State, Chief Willie Obiano has announced that the 24-hour curfew in the state has been eased.
Following the violence that took place across parts of the state on Wednesday night and Thursday, Obiano had declared a 24-hour curfew from 8pm Thursday night.
But while announcing the easing of the curfew on Saturday, Obiano said it now commences from 6pm to 6am daily.
“This is to enable our people to gradually get back to their normal lives after the unrests recorded in some parts of the state these past days,” he said.
He reiterated his earlier call on youths of Anambra state to unite and guard their communities, saying that the security agencies have been strengthened and will continue to maintain peace and order in Anambra state.
“Intelligence at our disposal,” he said, “shows that those that have been causing trouble these past days in the state are from neighbouring states. We will not allow them to destroy our infrastructure, including police stations and other government facilities, some of which we built through self-help and community efforts”.
Governor Obiano warned those who still plan to cause trouble in the state to desist or face the consequences.
Governor Obiano particularly praised the courageous efforts of some youth groups who have organised themselves to begin the clean-up of Anambra state.
“I call on residents of Anambra state to join in cleaning their neighbourhoods including drainages. The state Ministry of Environment, ASWAMA and Anambra State Clear Drainage and Forest Preservation Agency (ACDFA) have been directed to lead this effort across the state with immediate effect,” the governor said. 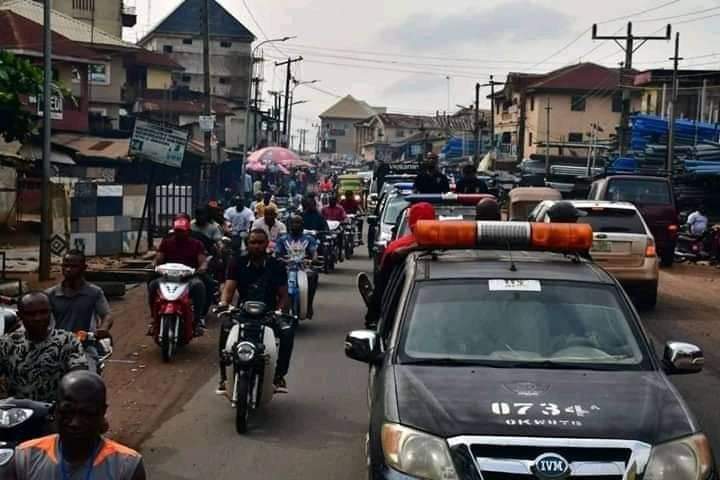 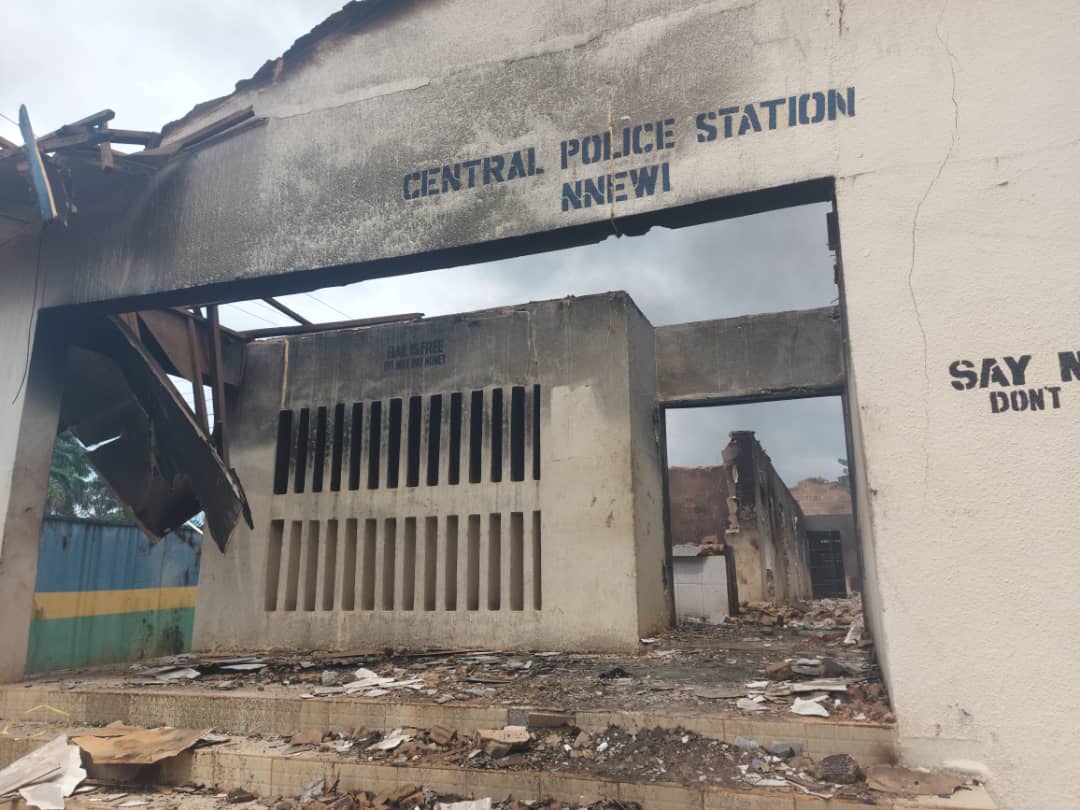 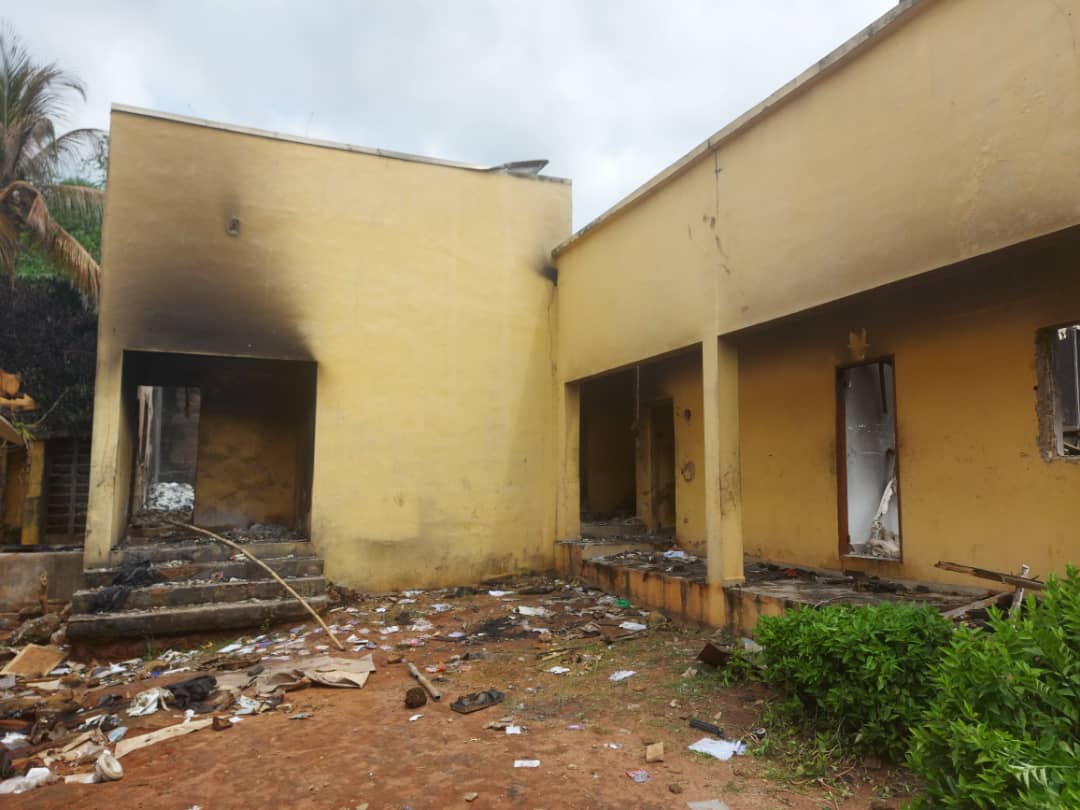