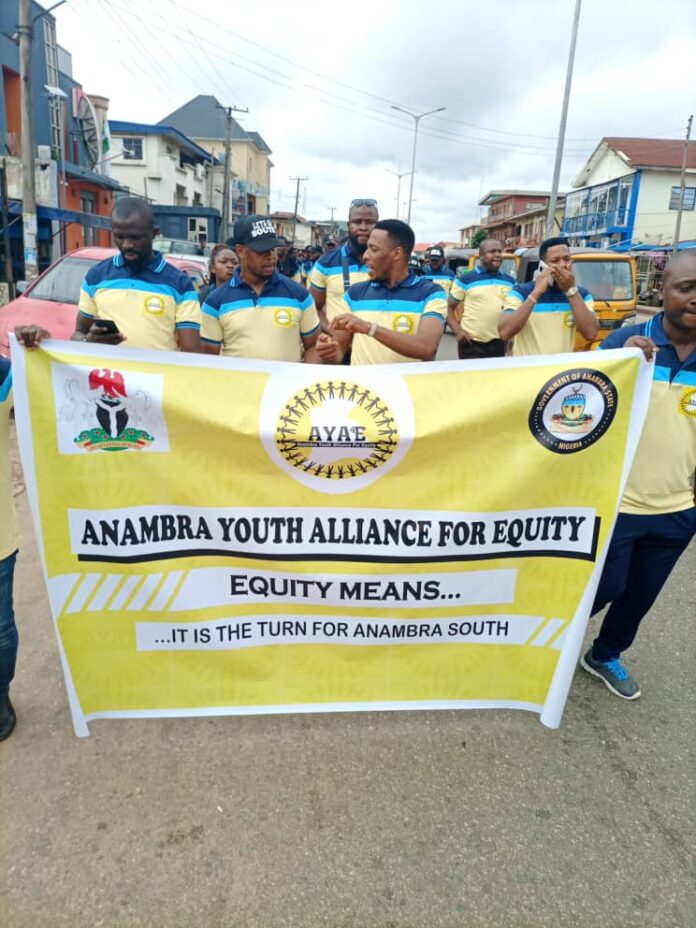 Anambra youths under the auspices of Anambra Youth Alliance for Equity, today staged a roadshow/awareness campaign through major streets of Awka, Anambra State Capital, insisting it is the turn of the South to produce the next Governor of Anambra state, come Nov 2021.
The awareness program saw the group move from St Paul University, Awka, with a strong presence of youth representative from the 326 political wards in the State, through the popular Eke Awka Market, Unizik Junction, Aroma Junction, to the Alex Ekwueme Square.
The sociopolitical group is saying that Anambra would never attain prosperity if there is no equity and justice in its democratic processes.
According to the National President of the Group, Comrade Kingsley Ezekwelu, of all the three senatorial zones in the state, only Anambra South has yet to produce the chief executive of the state for more than one term.

He explained that the youth group, is committed to supporting the clamour for the social-political stability of the State, through the realization of zoning.
“Peaceful coexistence is what the youths are clamouring for and every machinery or tools that orchestrate such peace is what we support.
“Beyond the call for Anambra South to produce the next Governor, it will also be fair to ensure that those Local Government Areas from the Senatorial Zone, that had not produced governors in the past are given the opportunity. They include Nnewi South, Orumba North and South and Ekwusigo. That is also part of the equity we seek,” Ezekwelu said.
In his remarks, the State Chairman of the group Barr. Chika Ekwenugo emphasised the need to stick to the decision of the Anambra Elders Advisory Council, traditional rulers from the three senatorial zones, and other stakeholders, with regards to zoning.
“Our mission is to advocate and yield support for the pronouncement of the leaders of Anambra State as agreed to in 2014. Zoning gives every part of the state, the belief and conviction that they are involved and will overall, guarantee that everybody plays their role towards the growth and development of the state. When some people feel they are not involved, they will be reluctant to contribute their quota towards the growth of the state. That is why zoning is important,” he said. 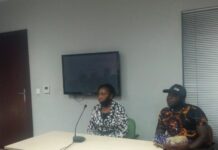