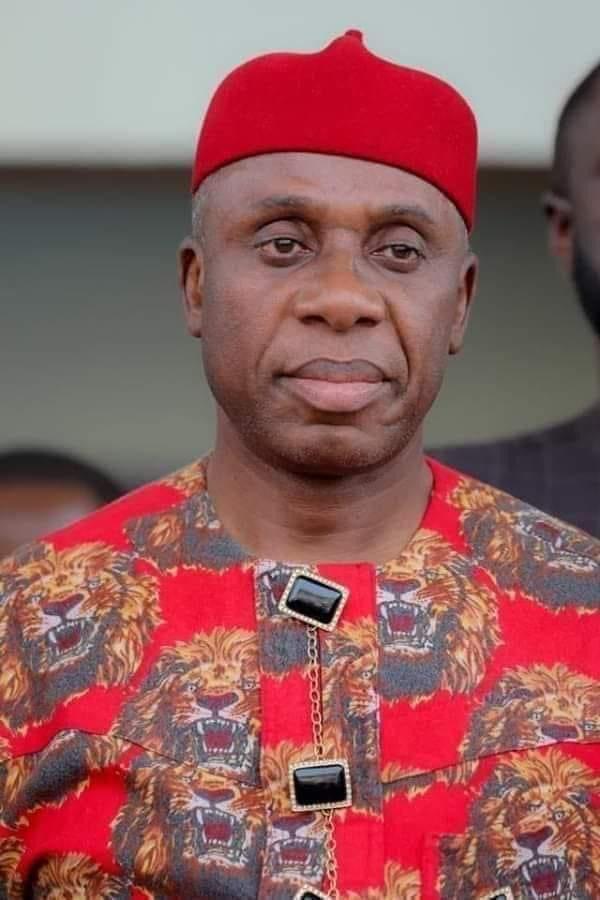 The paradoxical and absurd statement credited to former representative of the Rivers South-East Senatorial District at the National Assembly, Senator Magnus Abe, wherein he tried very hard but failed to throw dirt at the unblemished reputation of Nigeria’s Transportation Minister and leader of the All Progressives Congress, South-South, Rt. Hon. Chibuike Rotimi Amaechi has continued to attract condemnation from critical stakeholders and people of conscience.

Excerpts from the statement which appears grossly hubristic and self-appealing in style and content partly reads “The Rivers State version of Federal might was yesterday visited on Hon. Ben Horsfall and some members of the APC in Buguma City. This is ominous beginning to the new year in Rivers State and a clear sign of what is ahead for Rivers people…”

The statement further alleged thus “armed youths led by Mr. Ibisobebor Daminabo Wokoma, a member of the APC and an associate of Hon. Ojukaye Amachree, an acolyte of the Minister of Transportation, Rt. Hon. Rotimi Amaechi invaded the venue of a peaceful gathering of APC members in Buguma City with dangerous weapons, inflicting serious injuries on several persons including women”.

Furthermore, Abe, in the statement, exonerated the Peoples Democratic Party and the Grassroots Development Initiative (GDI); Gov. Wike’s known political machine, from the killing of members of the APC before and during the 2015 elections, even when evidences abound and investigations have revealed that the politically motivated killings, orchestrated by the PDP were targeted at waning the strengths of the APC in her strongholds in a bid to curry undue electoral advantage.

In a swift reaction to the ‘stuff and nonsense’, chieftain of the All Progressives Congress and erstwhile National Publicity Secretary of the defunct New Peoples Democratic Party(nPDP), Chief Eze Chukwuemeka Eze, dismissed the claim as unfounded, grossly inconsequential and a destitute of reality that merits the waste-bin.

In a statement made available to media houses, the party Chief said available reports from reliable sources revealed that Ben Horsefall an alley of Senator Abe hired some members of the PDP for an event and was unable to meet up with the financial obligation and this ignited a misunderstanding and altercation which eventually resulted into a fracas and nothing more. There was never any attack against any APC Member as Abe’s statement erroneously imputed.

He clarified that the circumstance surrounding the incidence has no connection whatsoever with the Rivers APC, Rt. Hon. Amaechi, Ojukaye, Wokoma or any of her leaders as alleged by the ex-lawmaker Abe, a busybody who has suddenly conscripted himself into a spokesman for the Peoples Democratic Party and Gov. Wike, in a bid to justify the recent Christmas gift of a brand new multi million Naira (2020 model of the Ford Edge) vehicle and other incentives given to him by the Rivers State Governor on 25 December, 2020 and appointment of his cronies into the State Government Executive Council.

Eze quoted Ojukaye Flag Amachree as dismissing Senator Abe’s allegation thus: “I am at loss as to why Sen. Abe would mention the name of the Honorable Minister for Transport, myself or that of Mr Wokoma as those responsible for an attack that did not take place.

However, I was informed of Ben Horsfall’s unwillingness to meet the terms of those he hired for an event which resulted to the disruption of the event.”

Furthermore, the party Chief said Senator Abe’s romance with the PDP and GDI merely exposes him as lacking in the rudimentary moral ethics and character required of a man in the right frame of mind and mentality, wondering how a reasonable human who claimed to have been shot by members of the GDI during a protest around 2014/15 could suddenly turn to exonerate alleged masterminds of his near-death ordeal.

“That Senator Abe could in his statement support and approve GDI, a well known political machine of Governor Nyesom Wike, whose records are synonymous with evil, simply exposes Abe as a stooge of Wike doing everything humanly possible to destroy Amaechi and the River APC.”

Eze reminded Abe of Igo Aguma’s outburst against the activities of GDI which Abe is currently promoting. According to Aguma in a well published statement described GDI as Wike’s evil organisation.

Aguma further highlighted that the Grassroots Development Initiative, GDI, a political group founded by the Nigeria’s Minister of State, Education, Mr. Ezebuwon Nyesom Wike, has been described as an evil organisation meant to instigate unwarranted crisis in Rivers state.

Furthermore, Eze reminded Abe as he demonstrates lack of facts pertaining to his new love for GDI of this title, “Governors’ convoy under attack in Rivers violence”  seven years ago. According to the report published by all major Dailies, “A bloodbath was averted yesterday at the Port Harcourt International Airport, Omagwa, Rivers State as four visiting governors – Alhaji Rabiu Kwakwanso (Kano State), Alhaji Mu’azu Babangida Aliyu (Niger State), Alhaji Sule Lamido (Jigawa State) and Alhaji Murtala Nyako (Adamawa State) came to sympathise with Amaechi in Port Harcourt when he was under siege in the hands of Wike and PDP Government at the centre.

Eze quoted the paper as saying that the mob attacked the convoy of the governor and his visitors with stones and clubs, smashing the windshield of some of the vehicles, including the coaster bus in which commissioners rode. They were shouting obscenities at the convoy. A four litre keg suspected to contain some acid was also found . Over 5,000 supporters of Wike, under the aegis of the Grassroots Development Initiative (GDI), armed with placards bearing various inscriptions, moved to the airport as early as 7 am, protesting against the governors’ visit. The minister, who intends to succeed Amaechi in 2015, is the grand patron of GDI.

According to the paper, “Wike had boasted after the failed impeachment attempt at the Rivers State House of Assembly that he would set Rivers State ablaze and render it ungovernable. A four-litre keg, suspected to contain some acid, was found beside the mob.

Some of the placards by Wike’s supporters read: “Northern governors should concentrate on Boko Haram”; “Amaechi not elected Rivers governor to be NGF Chairman”; “Nyako and co, leave our resources alone”; “Soyinka, face Southwest” and “Aliyu and others in Rivers State to cause confusion.”

Eze stated with heavy heart that for Abe to come around to justify such a group after six years further lends credence to the fact that Abe and his group are hellbent to cause another mayhem in Rivers State and appealed to Security Agencies to call him to order before things get sour.

Eze asked Abe, if he must descend this low in order to earn a living by attempting to disparage Amaechi who made him two time Commissioner in Rivers State appointed him the Secretary to the Rivers State Government, SSG, made him two time Senator and warned that we should all remember that there God is watching us all and we must account for every action we do in this world.

He counseled Senator Abe and his conspirators to desist from, and play down politics of smear campaign, stressing that the grand scheme to smear the image of the APC and her leaders in Rivers State will hit the rock as always.

Eze maintained that Amaechi has never supported or promoted violent acts in all his political career and any attempt to link him up with what is an obvious staged managed event in order to discredit him is surely an excersie in futility.

Amaechi’s disdain for violence and his efforts to curtail criminality, insecurity when he holds sway as the Governor of Rivers State are there even for the blind to see. Ironically, Abe as SSG was the Chairman of Amaechi’s Security architecture and for him to turn around this time to link Amaechi with insecurity and violent act simply shows how low he has gone in his politics and the earlier he desists from such an unholy plots the better for us all. Checkout the state of the School Attended by the Chase Out School girl, Success.