The Zambian government is currently willing to support any initiative that targets the development of the country’s agriculture value chain.

Zambian Finance Minister, Dr Bwalya Ng’andu, says the government is keen about such initiatives because of their substantial benefits to farmers and other players in the chain.​

The minister made this known during a courtesy call by the Director-General of International Institute of Tropical Agriculture (IITA), Nteranya Sanginga, in Lusaka.​

According to the minister, the finance ministry will be happy to work with partners to harness the potential in the country’s agricultural sector, which remains largely untapped.

He notes that the economy of Zambia will receive a major boost from robust agricultural value chains and accordingly welcomed the partnership with IITA to help achieve that.

Earlier, Sanginga gave an overview of IITA’s history and work in sub-Saharan Africa, emphasizing that the Institute’s Research-for-Development (R4D) focuses on addressing the development needs of tropical countries.

Continuing, he said the Institute has established a branch in Zambia to promote the production of high-yielding and healthy crops in the country.

‘’IITA works with partners to enhance crop quality and productivity, reduce producer and consumer risks, and generate wealth from agriculture, with the ultimate goals of reducing hunger, malnutrition, and poverty’’, he says.

The IITA big boss specifically spoke of cassava because of the high return on investment and drought and disease resistance that the crop has, pointing out, “at IITA, we are dedicated to alleviating these problems and working to transform agriculture in Africa.”

IITA’s mission is to assure food security for some of the world’s poorest people and provide them with viable strategies that create real, long-term results for economic development and community stability while building an ecologically sound future that takes into account the issues of climate change.

Sanginga highlighted IITA’s outlook for the future, including plans to out-scale the technologies developed in sub-Saharan Africa to the rest of the global tropics.

“IITA sees a bright future for Africa. We see a continent that can become a world leader in agriculture and sustainability”, he adds. 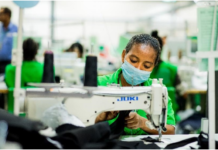 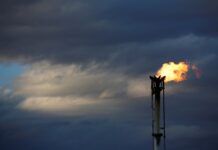 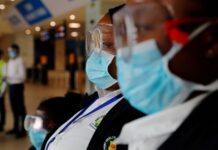 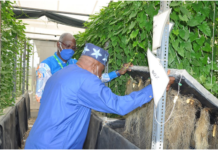 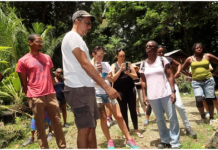 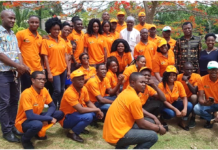