In almost a year from now, on 12 August 2021, Zambia will be holding what could be a watershed election for several reasons, ranging from the economic future of the country, the fate of three decades of relatively stable democracy and rule of law. Zambia is experiencing a precipitous contraction in economic growth aggravated by natural, political and economic disasters. Natural factors such as droughts have had an adverse impact on electricity generation. On the economic front, the reality is desperate; in 2019, real GDP growth slowed to 2%, down from 4.0% in 2018. Debt accumulation has compounded the country’s economic woes. According to the 2020 budget statement, by end-June of 2019, external debt stock increased to US$ 10.23 billion from US$ 10.05 billion at the close of 2018. Thus, external debt was about 44 per cent of Zambia’s GDP. The government made projections of 3% GDP growth for 2020 with inflation within the range of 6 to 8 per cent. The coronavirus will indubitably put these projections in disarray and undermine growth prospects for both 2020 and 2021. FocusEconomics predicts that the collapsing value of Zambia’s currency, the Kwacha, will also contribute towards the economic tailspin that might see the country muster a measly 1.6% GDP growth in 2021.

The grim economic realities are only a part of Zambia’s dire circumstances. The political situation has been deteriorating since Edgar Lungu came to power in January 2015. To be fair, Lungu did not initiate Zambia’s current and swift decline to authoritarianism. His predecessor, Michael Sata, started this trend after coming to power in 2011. The party he founded, the Patriotic Front (PF), was not undergirded by any ideological basis save for the fact that it was his (Sata’s) personal vehicle to be president. For this reason, he brooked no challenger during his time at the helm. Once in power, he brought his brash and irascible personality to the government and was swift to wield the antiquated Public Order Act to curb non-government political mobilization. Thus, Lungu has just exacerbated the rot that was already seeping onto the Zambian political fabric. State-sponsored repression on dissent has become the order of the day and the spread of the coronavirus has given a semblance of justification for government’s crackdown on media and political freedoms. Sishuwa Sishuwa, a lecturer in history at the University of Zambia, wrote a perceptive piece in which he asserted that: In Zambia, Covid-19 has claimed democracy, not human life. For a country that in the last thirty years has been reasonably democratic with two peaceful changes of power from incumbents to the opposition, the current malaise is a step backwards.

There is, however, an upside to Zambia’s current situation, leading up to next year’s general election; and that is the activism of the youth. Zambian youth have become increasingly vocal, with some of them seemingly courting arrest as they go undeterred in voicing what they justifiably resent in the current government. The most potent tool with which to hold the government accountable and on its toes, as I have argued before, is to spread the current agency in the rural areas, that have historically been strong heartlands for incumbents. This summons the efforts not only of the youth but of civil society and churches. Civil societies must widen the scope of their advocacy and activism. Zambia has an illustrious civil society history; from trade unions to pressure groups, civil societies have at times played the part of de facto opposition and have managed to check the excesses of governments.

However, these organizations need not confine themselves to condemning governments of the day while abandoning their responsibility to community sensitization. However much they can condemn reigning governments, if the masses of the people are not politically awakened, they will still retain incumbents who have state resources at their disposal to dole out to desperate citizens. Leading up to the 2021 election, retaining the current government, with its current brand of governance, could indeed be tantamount to committing national suicide. It is not my place to argue on whether the current regime is incorrigible; indeed, political systems are a manifestation of the people that build them and hence are susceptible to the fickle nature of human behaviour. However, judging from the slender victories that saw Lungu elected twice thus far, the ruling party will increasingly become desperate because its chances of retaining power in next year’s election are undeniably tenuous. Vigilance is necessary. 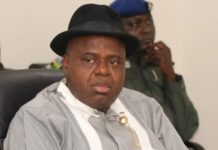