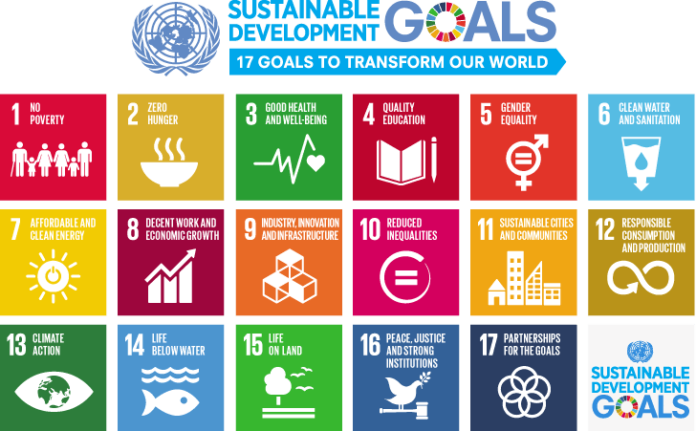 The United Nations is currently making speedy efforts to re-energise world leaders and the global community in a bid to get the world back on track and kick-start a decade of delivery for people and planet.

To this end, the global body will be hosting the Sustainable Development Goals (SDGs) and Climate Action Summits as well as other crucial meetings during the high-level week of the 74th Session of the General Assembly in September.

The latest UN’s report on the SDGs has warned that the impacts of climate change and increasing inequality across and within countries are undermining progress on the sustainable development agenda, thus threatening to reverse many of the gains made over the last decades that have improved people’s lives.

The annual reports however, provide an overview of the world’s implementation efforts to date, highlighting areas of progress and where more action needs to be taken. They are prepared by the UN Department of Economic and Social Affairs, with input from international and regional organisations and the UN system of agencies, funds and programmes. Several national statisticians, experts from civil society and academia also contribute to the reports

Launched on the opening day of the UN High-level Political Forum on Sustainable Development, a critical annual stocktaking event, the report, which is based on the latest available data, remains the cornerstone for measuring progress and identifying gaps in the implementation of all the 17 SDGs.

Called the largest annual gathering on the implementation of the Sustainable Development Goal, the annual High-level Political Forum brings together leaders from different sectors of society.

This year, the Forum, which is convened by the UN Economic and Social Council, began on July 9 and will come to an end on the 18th. The ministerial segment will be from July 16 through 18, and the Forum will host more than 80 ministers as well as nearly 160 side events over ten days.

Four years since the adoption of the SDGs — the world’s blueprint for a fairer and healthier planet — the report notes progress in some areas, such as on extreme poverty reduction, widespread immunisation, decrease in child mortality rates and increase in people’s access to electricity, but warns that global response has not been ambitious enough, leaving the most vulnerable people and countries to suffer the most.

Among the key findings:

For the UN Secretary-General, António Guterres, ‘’it is abundantly clear that a much deeper, faster and more ambitious response is needed to unleash the social and economic transformation needed to achieve our 2030 goals.’’

The lack of progress is particularly apparent among environment-related Goals such as climate action and biodiversity. Other major reports launched recently by the Organisation have also warned of unprecedented threat to biodiversity and the urgent need to limit global temperature rise to 1.5°C above pre-industrial levels.

Adding, the UN big boss said, ‘’the natural environment is deteriorating at an alarming rate: sea levels are rising; ocean acidification is accelerating; the last four years have been the warmest on record; one million plant and animal species are at risk of extinction, and land degradation continues unchecked.’’

The impacts of environmental deterioration are taking a toll on people’s lives. Extreme weather conditions, more frequent and severe natural disasters and the collapse of ecosystems are causing increased food insecurity and are ill worsening people’s safety and health, forcing many communities to suffer from poverty, displacement and widening inequalities.

The clock for taking decisive actions on climate change is ticking, cautions the UN Under-Secretary-General for Economic and Social Affairs, Liu Zhenmin, stressing the importance of strengthening international cooperation and multilateral action to confront the monumental global challenges.

‘’The challenges highlighted in this report are global problems that require global solutions’’, said Liu. ‘’Just as problems are interrelated, the solutions to poverty, inequality, climate change, and other global challenges are also interlinked.’’

Despite the threats, the report demonstrates that valuable opportunities exist to accelerate progress by leveraging the interlinkages across Goals. Reducing greenhouse gas emissions, for instance, goes hand-in-hand with creating jobs, building more livable cities, and improving health and prosperity for all.