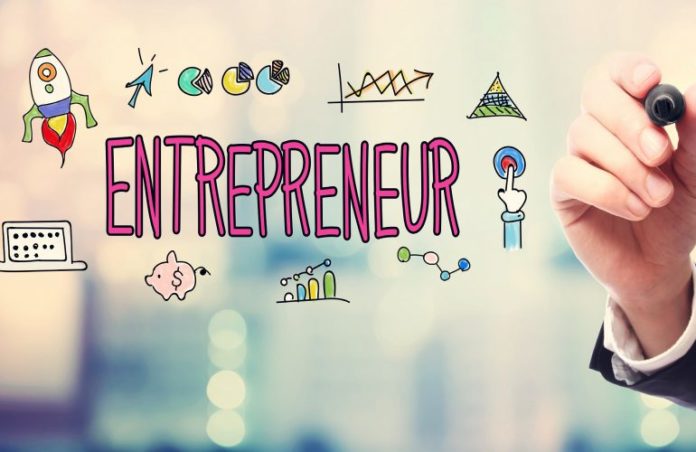 People in Least Developed Countries (LDCs) choose to be entrepreneurs because there are few other options, rather than doing so because they have spotted an authentic business opportunity.

As a result, businesses that replicate existing activities proliferate, with low entry barriers and low profit margins. Survivalist entrepreneurs like Meskerem, a street-vendor, are unlikely to bring about the type of innovation that can transform the structure of the national economy.

Meskerem is a middle-aged Ethiopian woman, who runs a café and bakery with 10 employees in an affluent neighbourhood of Addis Ababa, Ethiopia.

Meskerem once sold corn-cobs on the street but could barely make a living. She decided to go door-to-door to sell coffee and bread to security guards, and construction workers.

She still was not making much money, but little-by-little Meskerem mastered the art of baking, broadening her array of products. She soon bought a small stall.

The turning point came when a new office block was built in her neighbourhood. With a bequest from a relative, Meskerem invested in a catering to regular sit-down lunch customers from the offices around the corner.

Meskerem’s story is illustrative of several critical facets of the current entrepreneurship landscape in the LDCs, the 47 most disadvantaged economies from Afghanistan to Zambia classified by the United Nations for special aid and trade assistance.

A disproportionately high number of workers in LDCs are entrepreneurs by necessity, since they are dogged with low income per capita and high rates of self-employment, 70% of total employment in 2017.

Then, the LDC enterprise landscape typically polarises between, a plethora of micro and small businesses, often operating in the informal sector; and a few large enterprises. These frequently play dominate their industries and account for substantial shares of sales and export revenues.

There is no middle ground, and this can lead to commodity dependency.

This skewed structure, with a missing middle, hampers the development of a dense network of production linkages that can strengthen Small and Medium-sized Enterprises (SMEs), much as the regular customers at Meskerem’s café do.

The lack of such a network also restricts the range of potential local suppliers for lead firms in export sectors, constraining the prospects for local SMEs to integrate into global chains that add value to products and services.

But, as Meskerem’s story shows, under the right conditions, entrepreneurs can accumulate not only capital but also skills and instincts to evolve from survivalist entrepreneurs to opportunity-driven ones.

The United Nations Conference on Trade and Development’s (UNCTAD) Least Developed Countries Report 2018, subtitled Entrepreneurship for structural transformation: Beyond Business as Usual, calls for a more nuanced understanding of that entrepreneurial landscape in LDCs.

The report shows that firms with different characteristics can contribute in distinct ways to the structural transformation of LDC economies. If they survive, smaller and younger firms tend to create jobs quickly and play a critical role in LDCs where the simultaneous presence of a youth bulge and widespread under-employment put pressure on the labour market.

On the other hand, larger firms experience significantly higher productivity growth and are vital to closing wide productivity gaps in LDCs as compared to advanced countries. The general appeal of policies supporting SMEs is understandable since these reliably create jobs outside the agricultural sector, a longstanding goal of governments in LDCs.

But they only represent a part of the story.

UNCTAD has found a more balanced mix of firms that includes start-ups, SMEs and larger businesses capable of enhancing productivity and animating linkages with their smaller counterparts is needed to sustain root-and-branch economic transformation.

Likewise, lower business registration costs and an improved commercial environment are much-needed but unless they are buttressed with an active and pragmatic industrial policy, LDCs are unlikely to achieve progress toward their structural transformation goals.

As in Meskerem’s kitchen, even the best recipe will not taste the same without all the right ingredients.