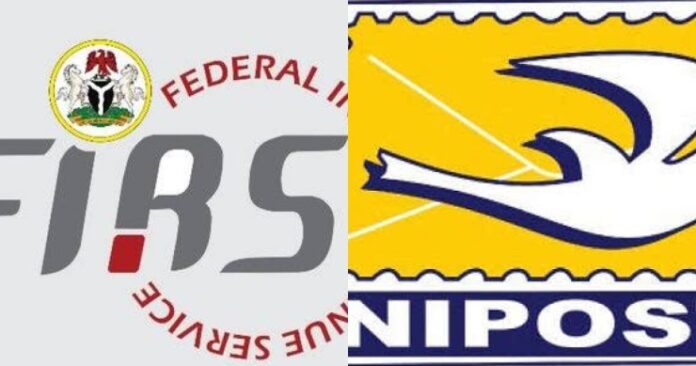 The Federal Inland Revenue Service (FIRS) and the Nigeria Postal Services (NIPOST) are still locked in a war of attrition over who controls the juicy stamp duty collection and invariably the money which accrues from the collection.

NIPOST is insisting on a fair deal in its share of the stamp duty proceeds collected and domiciled in the Central Bank of Nigeria (CBN) from 2016 to 2020.

After assuming office in December 2019, FIRS Executive Chairman, Muhammad Nami, discovered over N30 billion in the NIPOST Stamp duty Account with the apex bank, pointing out that the account was opened in 2016 specifically to warehouse revenue from stamp duty collection.

According to Nami, by April 2020, the balance in the account had grown to N58 billion because of the deployment of the Application Programming Interface (API) by the FIRS, adding that by May 2020, funds in the stamp duty account was transferred to the Federation Account following instructions given to the CBN by the FIRS to do so.

FIRS is, however, agog with joy that about N3.00 billion is being generated as weekly returns from stamp duty collection in Nigeria. The weekly revenue, according to Nami, is coming through Deposit Money Banks (DMBs) from May 2020 till date.

The FIRS big boss was speaking during an interface with the House of Representatives Committee on Finance in Abuja on Tuesday.

Continuing, he said the tax agency was able to achieve such huge mileage from a single stream of stamp duty collection from DMBs by deploying a new technology to track and capture such accruals straight into the federation account.

The meeting with the federal legislators sought to address the tug-of-war between FIRS and NIPOST over stamp duty collection as well as issues surrounding the N58 billion income that accrued between February 2016 and April, 2020.

API, according to the FIRS top chief, is a technology solution, an – online real-time technology that makes the collection of Stamp Duties easier, pointing out that payment of Stamp Duties collection in Nigeria dates back 94 years ago, stressing that stamp duty had always been part of the revenue schedule of tax authority.

He regretted that the differences in who controls stamp duty collection had degenerated into a public spat between the two agencies, describing the development as “unnecessary and unhelpful. The FIRS regrets that as agencies of government, FIRS and NIPOST allow a simple situation to degenerate to media exposure”.

Speaking, Postmaster General and Chief Executive Officer (CEO) of NIPOST, Adewusi describes the feud as needless. “As prelude, it’s important to make this remark. NIPOST is not a tax collecting agency. We are not in the business of collecting taxes, that’s not our mandate. But our role in stamp duty is clearly stated in the law.

“The issue is, the Finance Act, 2019 did not in any way stop NIPOST from its mandate. In spite of the amendment to Finance Act, it has not affected the responsibility of NIPOST. There is no fight between NIPOST and FIRS over tax collection”

Insisting that the responsibility of procuring stamp rests with NIPOST, he appealed that the agency is entitled to its share of the stamp duty proceeds it collected and domiciled in the CBN fom 2016 to 2020.

“All the monies that accrued to the account include proceeds of stamp sales. In the spirit of peace, we want FIRS to look at the issue. We deserve to share the cost of collection. At the initial meeting, FIRS said they will give us 30 percent and take 70 percent, and we said no”.

Earlier, the House panel chair, Faleke said they were embarrassed by the public engagement of both agencies in addressing the issue, pointing out that having heard presentations by both sides it will be foolhardy to just take a decision immediately, promising that the Committee “will go back, look at all legal issues raised and reconvene”

“As a Committee responsible for overseeing finance agencies, we decided to call for this dialogue to see if the agencies are doing the bidding of the law”, Faleke says.