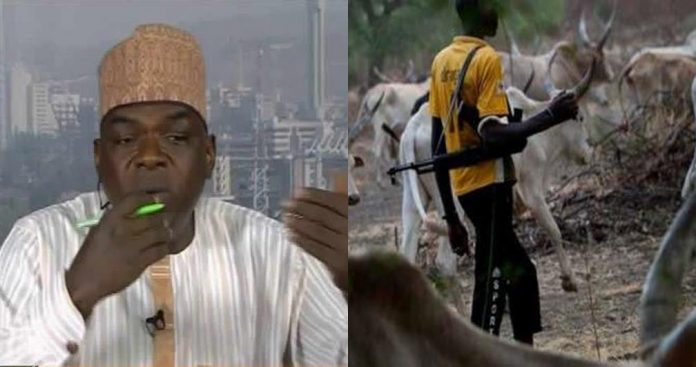 The Fulani social-cultural group, Miyetti Allah Kautal Hore has admitted to asking the Federal Government for the sum of 100 billion for the construction of ranches and not for amnesty.
The National Secretary of the group, Mr Saleh Alhassan, admitted in Abuja that the Association made the demand as reported on social media but said the group’s demand was for an incentive to build ranches and not for amnesty. Alhassan made the clarification in an interview with Punch Newspaper.

Alhassan claimed former President Goodluck Jonathan promised to give them the money and that was what informed their decision to support his re-election in 2015.

The Miyetti Allah chief, however, said that after Jonathan left, the initiative was suspended, hence the decision of the group to present the matter to the President Muhammadu Buhari government.

Asked why N100bn should be paid to violent herders to stop kidnappings, Alhassan said, “That is a mischievous statement. Do they pay money like that? Have they ever paid any money like that? That N100bn has been on the table for mini-ranches since 2014 when (former) President Goodluck Jonathan was trying to address the lingering crisis between farmers and herders.

“So, part of that money was, I think, used by state governors under the committee chaired by the then Governor of Benue State, Gabriel Suswam. But I don’t think the bulk of the money has reached the pastoralists, the herders.

“As part of that policy, they (the Federal Government) are trying to see how they can now assist livestock producers to address farmers/herders conflicts via a policy.”

He added, “So, people now saying they have given Miyetti Allah N100bn to stop kidnappings are just being mischievous because from what we have observed, there are certain people that are twisting narratives.”

Alhassan lamented that some Nigerians didn’t want any kind of support to come from the government for livestock development.

“If we are going to have ranches, definitely, some support would come from government,” he said.