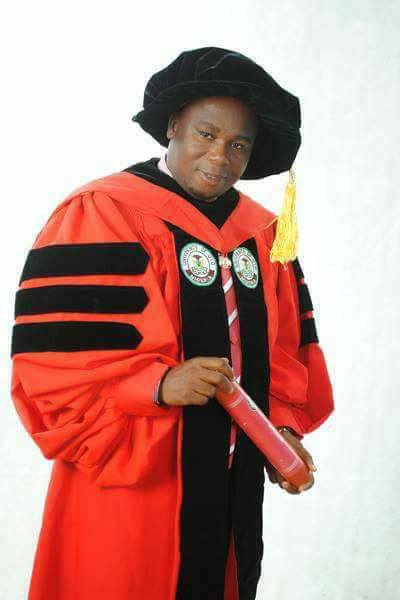 A lecturer at the Department of Mass Communication, University of Benin, Daniel Ekhareafo has berated the Director-General of the National Broadcasting Commission, Armstrong Idachaba over the fines of 9m imposed on Channels TV, AIT, and Arise TV for covering the #EndSARS protests.

Idachaba, announced at a press conference in Abuja on Monday that the agency has fined Channels Television, Arise Television, and Africa Independent Television for what it termed “unprofessional coverage” of the #EndSARS protests. The three stations are billed to pay 3m each.

Reacting to the fine, Ekhareafo in a statement on his Facebook page, expressed shock over the development. “It appears to me that those of you on the side of regulation seem to be oblivious of the place of digital technologies in the media sphere.

“I am particularly pained, knowing that you taught mass communication to students at the Nassarawa State University for years before you switched to NBC.

“In this age and times, you cannot say what is in the public domain should be silenced,. you cannot hide under regulation to say, what is streamed live on social media platforms but get reported as inciting.

“No matter how bad the news is, once it is in the public domain, media houses cannot color it to suit state interest. Public interest dominates government interest. Have you joined the ranks of those saying ” off the mic”? Look, our society is fragile because we shy from the truth. As Usman Dan fodio once said, “conscience is an open wound, nurtured by the truth.”

The lecturer questioned that “What criteria did your organization use in arriving at inciting broadcast? What research method did you deploy within the context of the protest to find a correlation between the stations broadcast and violence.

“I would strongly advise that you should exercise restraint in your quest to issue sanctions to please the ruling government. In this age of the public sphere, Habermas’ conception is a reality that you should come to terms with. Professionalism should be what you advocate for not the vestige of authoritarianism that has become the lot of NBC.

In a similar reaction, Socio-Economic Rights and Accountability Project (SERAP) in a statement by its deputy director Kolawole Oluwadare said: “This action by the NBC is yet another example of Nigerian authorities’ push to silence independent media and voices. NBC should drop the fines and uphold the Nigerian constitution and international obligations to respect and protect freedom of expression and media freedom. We will sue the NBC if the unconstitutional fines are not rescinded within 48 hours.”

The organization said: “This is a new low in Nigeria’s protection of freedom of expression, and the ability of independent media to function in the country. The fines are detrimental to media freedom, and access to information and NBC must immediately withdraw the decision.”

The statement, read in part: “Media freedom and media plurality are a central part of the effective exercise of freedom of expression and access to information. The ability to practice journalism free from undue interference, to cover peaceful protests and critical views are crucial to the exercise of many other rights and freedoms.”

“The media has a vital role to play as ‘public watchdog’ in imparting information of serious public concern and should not be inhibited or intimidated from playing that role. The NBC should stop targeting and intimidating independent media and voices.”

“President Muhammadu Buhari should caution the NBC to stop intimidating and harassing independent media houses and to respect the Nigerian Constitution 1999 [as amended] and the country’s international human rights obligations, including under the International Covenant on Civil and Political Rights and the African Charter on Human and Peoples’ Rights.”