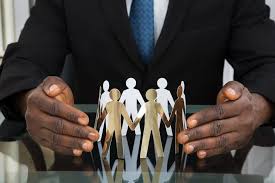 The United Nations Conference on Trade and Development (UNCTAD) says African businesses and consumers can save billions if delays at borders are reduced. Why? This is most likely because in trade, time is money.

To help make this possible, one of the continent’s free trade areas, the Common Market for Eastern and Southern Africa (COMESA), has enlisted UNCTAD to help make it easier and faster to move goods in the region.

Heads of the two organisations met May 24, at COMESA’s headquarters in Lusaka, Zambia, to seal the €3 million ($3.34 million) deal, which builds on UNCTAD’s experience in helping countries on the continent to facilitate trade.

In landlocked Rwanda, for example, UNCTAD’s automated customs data system, known as ASYCUDA, slashed the time needed to clear goods at the border from 11 days in 2010 to less than two days in 2014.

“[We] recognise the role UNCTAD plays in promoting trade facilitation, its experience and capacity in modernizing customs administrations, and the intellectual property of ASYCUDA”, COMESA Secretary-General Chileshe Kapwepwe said, adding “I am confident that UNCTAD will deliver the expected outcomes as enshrined in the co-delegation agreement.”

UNCTAD Secretary-General Mukhisa Kituyi also added that the benefits of the agreement will extend beyond COMESA to all corners of the continent.

This is because the success of the African Continental Free Trade Area (AfCFTA), which entered into force on May 30, depends on the health of the continent’s regional economic communities – and COMESA is the largest in terms of members. It is also part of the proposed tripartite agreement with the East African Community and Southern African Development Community.

“You are the core, and not only of the Tripartite Free Trade Area but at the very base of how to develop the architecture and practicalities of the AfCFTA”, he said.

Over the next three years, UNCTAD will work with the COMESA secretariat to build a customs automation regional support centre to ensure the sustainability of improvements achieved with ASYCUDA, which is used by 80% of the region’s countries.

The agreement also entails helping COMESA’s 21 member countries to set up or improve trade information portals, so traders and businesses can easily know what’s required to import and export in the region.

“Thanks to our partnership, COMESA member states will be able to measure and compare key trade performance indicators, such as how many steps are needed to clear goods, how long it takes and how much it costs”, Ms. Sirimanne said.

The agreement marks a new chapter in the two organisations’ long-standing partnership on trade facilitation.

For example, the two have worked hand-in-hand over the past 10 years in 10 COMESA member countries to set up national committees to coordinate the work needed to implement the provisions of the World Trade Organisation’s Trade Facilitation Agreement, which entered into force in February 2017.

For developing countries, and especially least developed countries – a category to which most COMESA members belong – full implementation of the Trade Facilitation Agreement could reduce trade costs by up to 15%.

Another key element of the partnership has been improving trade in transit corridors that pass through the region, particularly the Northern and Central Corridors.

Without these corridors, businesses in landlocked members would be cut off from the sea – and thus the global economy – since 80% of trade is carried by ship.

Such would be the fate for those in Burundi, Eswatini, Ethiopia, Malawi, Rwanda, Uganda, Zambia and Zimbabwe, who would be essentially cut off from the global economy.

The agreement is part of an €85 million ($95 million) EU trade facilitation package for COMESA financed through the 11th European Development Fund.