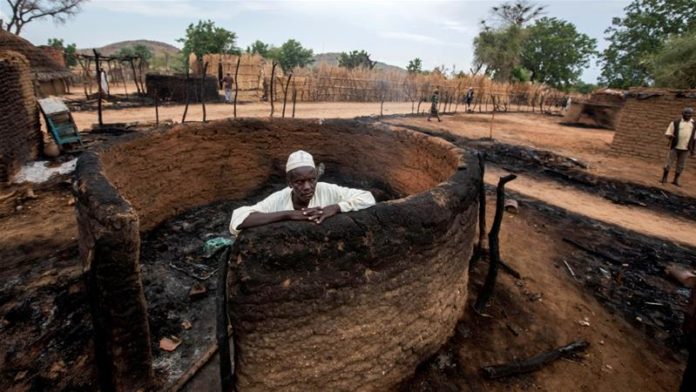 The shootings took place in the village of Al-Dalij in the state of Central Darfur on Monday, a doctors’ committee close to the country’s protest movement said, blaming the “massacre” on Janjaweed militiamen.

The Janjaweed, a militia accused by rights groups of widespread abuses in Darfur at the height of the conflict in the region, has been absorbed into Sudan’s paramilitary Rapid Support Forces.

On Tuesday, the doctors committee said nine people were “killed by bullets and sticks of the Janjaweed,” adding that two more people had been killed but their identity was unknown.

On Thursday, the UN-African Union peacekeeping mission deployed in Darfur since 2007 said it had sent a team to Al-Dalij to investigate Monday’s events.

“The mission met with the affected persons and local authorities who confirmed that 17 people had been killed, 15 others injured with more than 100 houses burnt,” UNAMID said in a statement.

It said the violence had flared between “nomads and residents apparently angered by the increase in commodity prices at the local market”.

The conflict in Darfur erupted in 2003 when ethnic African rebels took up arms against the government of then-president Omar al-Bashir, accusing it of marginalising the region economically and politically.

The Janjaweed militiamen were recruited when Khartoum trained and equipped Arab raiders to crush the rebellion.

Back then, they were sent to attack villages on camel and horseback as part of a campaign of terror that saw now-ousted Bashir indicted by the International Criminal Court for suspected war crimes, crimes against humanity and genocide.

The violence in Darfur has subsided over the years, and militia groups like the Janjaweed have been absorbed into Sudan’s paramilitary Rapid Support Forces.

His forces have been accused of carrying out a crackdown on demonstrators at a Khartoum sit-in on June 3 that left dozens dead and hundreds wounded.