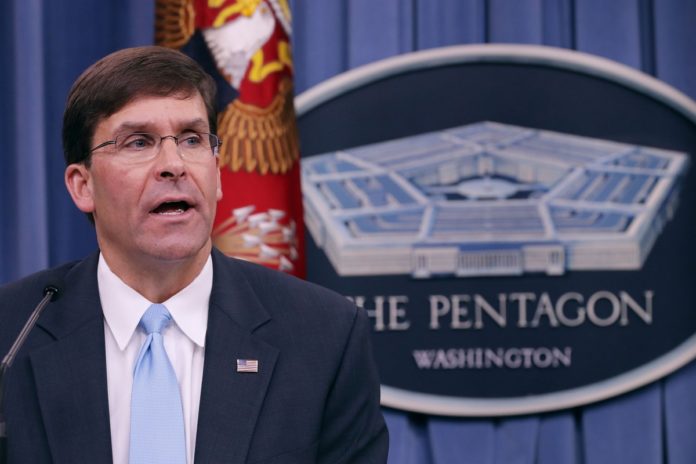 U.S. Defense Secretary Mark Esper said on Tuesday that Washington aimed to bring U.S. troops withdrawing from Syria back to the United States, and not for them to stay in Iraq indefinitely.

“The aim isn’t to stay in Iraq interminably, the aim is to pull our soldiers out and eventually get them back home,” Esper said at the Prince Sultan Air Base near Riyadh, Saudi Arabia.

Esper said the details had not yet been worked out on how long the U.S. troops would stay in Iraq and he would be having discussions with his Iraqi counterpart on Wednesday.

The Iraqi military said on Tuesday that U.S. forces which crossed into Iraq as part of a pull-out from Syria do not have permission to stay and can only be there in transit.

U.S. troops are crossing into Iraq as part of a broader withdrawal from Syria ordered by President Donald Trump, a decision that allowed Turkey to launch an offensive against the SDF which for years was a U.S. ally battling Islamic State.

More than 100 vehicles crossed the border into Iraq early on Monday from the northeast tip of Syria, where Turkey agreed to pause its offensive for five days under a deal with Washington.