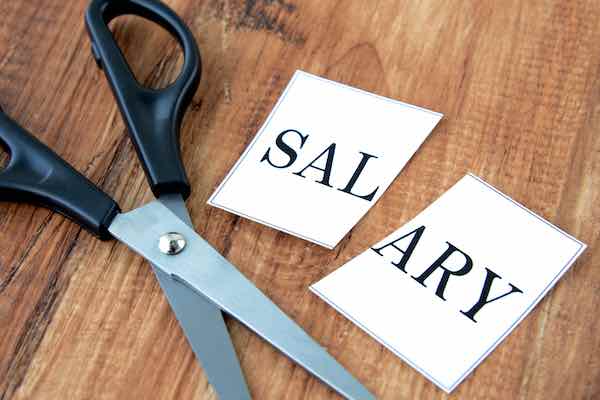 Governor of Niger State, Abubakar Bello and his Nasarawa State counterpart, A.A Sule, has yet to pay June salaries to their workers, citing COVID-19 and opting to pay in percentages.
Consequently, workers in Niger and Nasarawa States are set for an industrial showdown with their respective state governors over the salary deductions and other issues.
The News Chronicle reliably learnt that the Nasarawa State government have been having issues with local government staff under the auspices of the Nigerian Union of Local Government Employees (NULGE), Nigeria Union of Teachers (NUT) and the Medical and Health Workers Union of Nigeria, due to her plan to pay the workers 67.5% June salary, which did not go down well with them.
One of the affected staff stated that the workers just called off a two- week warning strike, preparatory to embarking on full strike if the government refused to pay full salary.
According to him, apart from the salary deductions, the workers are also demanding for the implementation of promotion arrears that have been long overdue.
The issue of salary cut of local government staff has been an unsolved issue since the tenure of the immediate past governor, Tanko Almakura.
But the current governor, Engr. A. A Sule, on the assumption of office in May 2019, reverted back to full payment of monthly salaries of local government staff until recently when he decided to pay 67.5%, the source revealed.
In Niger State, the State government under Gov. Abubakar Bello, has decided to pay all civil servants in the State 50% of their salaries, citing COVID-19.
One of the affected civil servants in the State who did not want to be named, told our Correspondent that despite the hardship the workers were facing mainly due to the COVID-19 lockdown, they would not compromise until their full salary was paid them.
According to her, the government ought to have cut down salaries of political office holders who collect humongous amounts and not civil servants who earn peanuts.
The News Chronicle reliably learnt that June salaries have not been paid to workers under those three unions in Nasarawa state, while all civil servants in Niger State have equally not been paid.